On September 19, 2022, the Chinese startup presented its new feature that allows its electric vehicles to navigate in a “ semi-autonomous in an urban environment. A technology that definitely positions Xpeng as Tesla’s main competitor. The system was unveiled as City NGP, which stands for “ guided navigation system “. 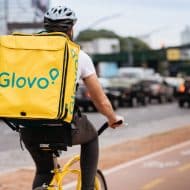 The Chinese automaker claims that City NGP enables a vehicle to perform a full range of tasks semi-autonomously, such as holding on to a ” safe distance » from the car in front, change lanes and overtake, steer around stationary automobiles or objects or maintain an appropriate speed throughout the journey. The system has been designed especially for urban areas.

City NGP technology is currently being tested with several customers who own the top-of-the-range version of the P5 sedan in the city of Guangzhou, in the south of China, where the headquarters of the company is located. The City NGP system was first announced last year, when Xpeng launched Xpilot 3.5, the latest version of its advanced driver assistance system.

With Xpilot and City NGP, Xpeng wants to overshadow Tesla’s Autopilot. The American manufacturer is currently testing its technology with a few customers in the United States. Charles Zhang, vice president of Xpeng, said on Monday that City NGP technology brings the company closer to complete autonomy ». Before that, Xpeng will have to prove the reliability and security of its system. China has been working on this for several years.

Semi-autonomous driving features have become a key selling point for automakers around the world. Several Chinese manufacturers including Nio and Jidu, (Baidu’s electric vehicle company) are also developing similar technology. Xpeng’s City NGP will be available on future models, starting with the G9 sport utility, which has just been unveiled in China.