VinFast certainly does not hesitate to solicit Bosch, Forvia, ZF or even Pininfarina. It’s a convenient way to reassure customers about the level of quality and performance of their vehicles, but also about the good taste in the design of bodywork and interiors. Very clever, moreover, who will be able to detect any national particularism in the certainly modern, but perfectly generic look of the VinFast cars.

Using reputable subcontractors is also the guarantee of keeping the design times, particularly short at VinFast. At the 2022 Paris Motor Show, the Deputy Director of VinFast Europe, the Frenchman Jean-Christophe Mercier also underlines the progress made since the first appearance of VinFast in Paris, at the 2018 World Cup. At the time, this totally unknown actor presented two models with thermal engines, which still had technical links with BMW and General Motors. 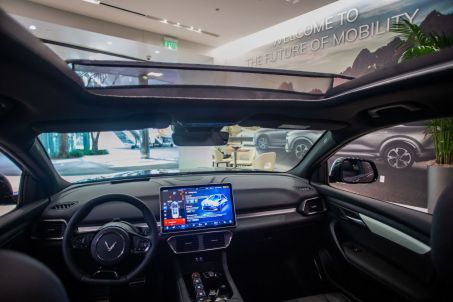 Since then, “in the space of four years, VinFast has delivered on promises that had left analysts skeptical to say the least: “We have invested nearly 4 billion euros in construction in Haiphong, in the North of Vietnam, of one 90% automated factory. We have delivered nearly 150,000 vehicles to Vietnam and we have completely stopped the production of vehicles with internal combustion engines”, welcomes the French boss. The objective now is to conquer new export markets, in order to increase production rates and try to amortize the colossal investments made by VinGroup.

The first step involves appointing distributors and opening sales outlets. Because unlike the Chinese Lynk&Co and Aiways fascinated by the Tesla model, VinFast has chosen to build your own distribution network. A strategy that can be explained in part by the positioning of VinFast vehicles, which aim for “sophistication at the right price”, rather than the minimum price defying all competition. “We see this as an excellent way to differentiate ourselves. After all, hospitality is a Vietnamese tradition”, justifies Jean-Christophe Mercier. “People will be able to find out about our cars online, but they will always be sure to be welcomed in our stores, comfortably seated in a comfortable armchair.”

At the Paris Motor Show, Jean-Christophe Mercier confirms the opening in November 2022 of the first “VinFast store” in Cologne, Germany, followed “before the end of the year” by another, in Paris. Next will come VinFast stores in Nice and Amsterdam, before Berlin, Munich, Frankfurt and Hamburg. Because VinFast has identified France, Germany and the Netherlands as its target markets in Europe. In North America, it will first be California and Canada. “At the beginning of 2023, new European sites will open their doors in Marseille, Rennes, Montpellier and Metz in France, Oberhausen in Germany and finally The Hague and Rotterdam in the Netherlands”.

These desired prestigious addresses, for some, will be responsible for exhibiting the four models that now make up the VinFast range, pending the launch of a commercial vehicle, by 2024. In plain view on the stand at the Paris Motor Show, the VF6 is entering the 100% electric city SUV market, only 3 centimeters longer than the Renault Captur (4.25 meters). Its characteristics are unfortunately still unknown, as are those of the VF7 also expected for 2023. 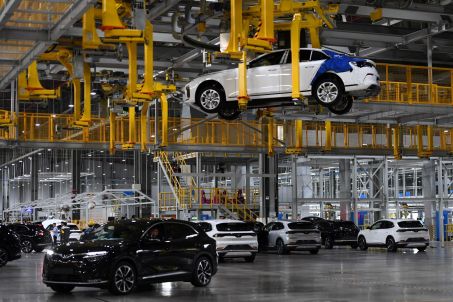 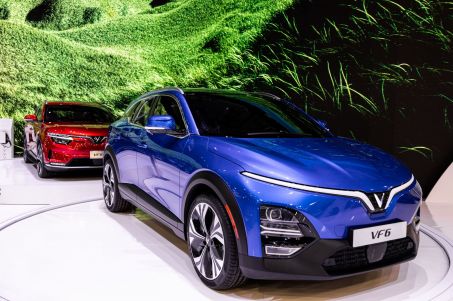 To these amounts must be added the monthly cost of battery rental (from 120 to 150 euros), which VinFast undertakes “not to increase over the life of the car”. Like Renault during its debut in the electric market, VinFast wants to see in rental a “guarantee of peace of mind for the customer, who does not have to worry about the longevity of the battery”. The option of complete purchase, including battery is nevertheless offered to customers.

VinFast mentions the figure of 65,000 reservations recorded worldwide for its vehicles, the maintenance of which will be carried out by mobile technicians, driving workshop vans. VinFast also confirms that it is looking for a “suitable site in Europe for the construction of a factory”, in parallel with its ambition to one day produce its cars in North America.