Elon Musk has wanted to pull out of the deal with Twitter for a while now. And his excuse is that Twitter failed to properly disclose the estimated number of bots on the app.

He kept insisting that the numbers were much higher than Twitter claimed, leading many to question who was right and who was wrong.

But according to a new study by researchers at SimilarWeb, the estimates provided by the platform are reasonably accurate. However, one can never judge that just by looking at the tweets, they added.

Billionaire Elon Musk continued to rant about the fact that almost 20% of the app’s accounts were bots. But Twitter argued that was not the case and that for them the percentage was less than 5%.

Now that this study has been published, Twitter’s estimates are corroborated by bots. But the number of tweets produced by these bots may make it seem like a whole different matter. 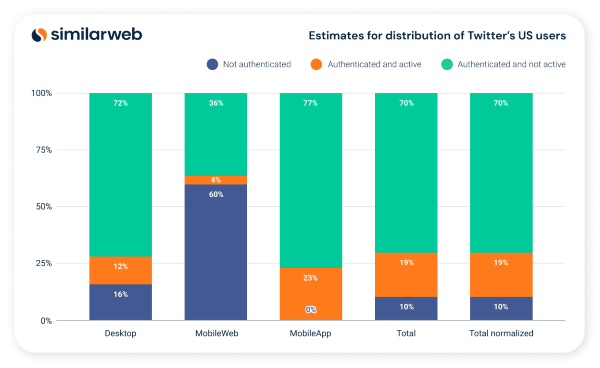 As a reminder, bots are the name given to automated accounts that help increase traffic on the platform. And while it’s not controlled by normal users, it does appear to have a human running the account. You’ll find all the usual activities that normal users take part in, like liking a post, retweeting messages, and even following other people on the app.

These bots modify the measurement of the application called mDAU or better still the daily active users that are mounted. Therefore, the more bots, the fewer human accounts. And obviously, stakeholders like advertising companies, tagging companies, and other businesses want to reach humans, not bots. After all, they want to make money. 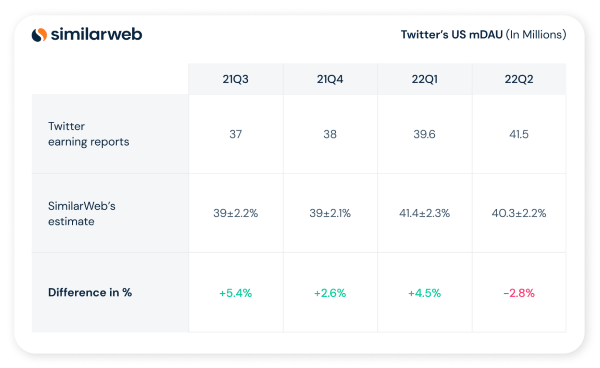 A recent study by Similarweb explained that this method was not created to find the real rating of bots. Rather, they sought to find out how many real users are on the app. So if we had to sum up, the results are more or less in line with Twitter’s claims.

However, before you get carried away, remember one thing. Researchers have also uncovered a little truth related to Elon Musk’s claims. About 20-30% of the content produced in America on this app is produced by bots. Likewise, the study found that around 19% of the app’s human users produce content on a daily basis. 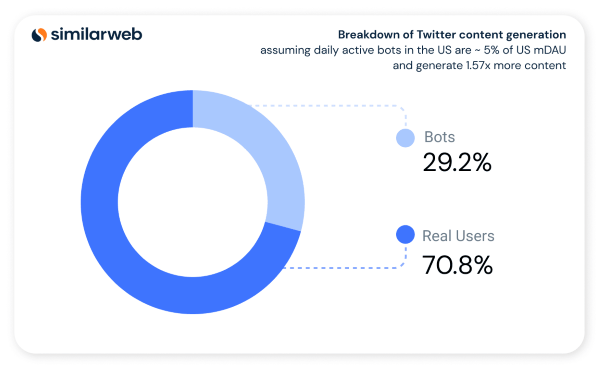 Some findings deny that all bots are bad, but the researchers say some are more harmful than others and they consider them major threats. The problem lies in those who give the impression that their interactions are carried out by humans.

They do this when they want to stir up feelings about debatable or controversial topics, such as politics or a specific cause. And although Twitter says it is doing everything in its power to prevent them from progressing, research shows that the challenge is daunting. 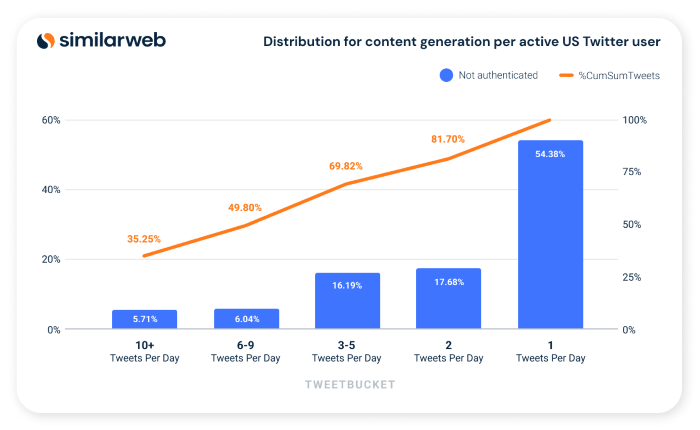 Do you find this study relevant?

Who is right, in your opinion? Twitter or Elon Musk?

To determine the percentage of bots on Twitter, Elon Musk used a tool that already labeled his own account as a bot, according to Twitter claims in court