A class action lawsuit was filed in California federal court on May 25 against Elon Musk. This complaint is at the initiative of Twitter investors believing that the billionaire has, on several occasions, manipulated the share price of the social network downwards. They seek damages of an unknown amount.

The complaint attacks Tesla’s chief executive on several fronts. First of all on the very beginning of the adventure between Elon Musk and Twitter, at the beginning of April. On the 4th, he revealed that he owned 9% of the company’s shares, making him its main shareholder. 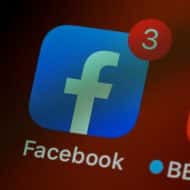 It turns out that the Securities and Exchange Commission (SEC), the policeman of the American stock market, requires that any participation beyond 5% in a company be disclosed within 10 days.

For aggrieved investors if Elon Musk did not respect this rule it is for a simple reason, ” By delaying disclosure of his Twitter stake, Musk engaged in market manipulation and bought Twitter stock at an artificially low price “.

Indeed, when the billionaire ended up revealing this capital injection launched discreetly in April, the value of Twitter jumped suddenly. The SEC has already opened an investigation on its side on this point at the beginning of May. A complaint from another investor was filed on the same point.

The other point at the heart of the debate is linked to Musk’s announcement to “suspend” his takeover of Twitter for $44 billion in mid-May. The billionaire’s argument is that of fake accounts, well above the 5% touted by the social network.

According to the plaintiffs, Elon Musk was fully aware of this issue and those of long standing, ” Musk had tweeted about this issue to Twitter several times in the past, before knowingly making his offer to acquire Twitter. “. For them, the tweet of May 13 “ constituted an effort to manipulate the Twitter stock market “.

The plaintiffs note the difficulties of Elon Musk to collect the sum necessary to buy out the platform. Part of the loans taken out by the billionaire are guaranteed on the value of Tesla shares, which are currently being abused. He would simply seek to lower the price of the social network.

Reuters notes, however, that the operation remained valid. Elon Musk declared equity funding of an additional $6.25 billion. As for the plaintiff investors, they say they do not want to question the takeover of Twitter itself.