“For 10 bullets, you have nothing”, really? Despite galloping and particularly visible inflation in the price of food products, some figures in gastronomy claim the possibility of eating well and good for (almost) nothing, like Thomas Chisholm. “Cooking at home takes time and organization, but the best dishes are often the simplest,” he says happily from the open kitchen of his Parisian restaurant, Chocho. It was there that he agreed to take up our challenge: to offer three recipes for four people at less than 15, 12 and 10 euros. Why him ? Because we loved his relaxed personality and his unbridled creativity revealed by “Top Chef” in 2021.

A leader in the era of time

Born in New York, this 30-year-old passionate about art and music takes care of graphic presentations while mixing American and Catalan influences with French cuisine. Developing his technique in contact with great chefs, he improvises, in a spirit of convivial tapas, colorful and uninhibited dishes that have become cult. Examples: a raw pollack thought like a tequila bam, all in salt and acidity; a “dish to sauce”, a regressive delight similar to an abstract painting, where different colours, tastes and textures come together in contact with bread just out of the oven… A bon vivant, Thomas Chisholm is also concerned about nutrition. His signature ? Enhance your dishes with a touch of acidity, thanks to powerful condiments, such as homemade pickles, which are good for the microbiota. Defender of a reasoned agriculture and respectful of the living, he builds his dishes around vegetables with a frank taste and precise cooking, barely raised with a protein. Aware that, “without all turning vegetarian, we understood that it was a problem to eat 200 grams of meat every evening”, he belongs to this generation which naturally evolves towards flexitarianism to eat better and cheaper. “Eating well is like getting a gym membership: it takes effort. We don’t necessarily always want to. But we have to try, even if it’s hard, because, on this approach, our well-being and our health depend on it,” he explains.

“Leek is one of the cheapest vegetables. To change from the fondue, we braise the leek, and we accompany it with a mayonnaise twisted into a gourmet mousseline sauce. A nod to the one my mother served with asparagus. This flexitarian recipe mixes vegetables and proteins for maximum pleasure. »

Recipe Rinse the leeks well. Remove the first leaves, cut off the green part and cut each white into four. Place the leek sections in a dish with the butter cut into cubes, the bay leaf and a pinch of salt. Melt the chicken stock cube in a pan of water then pour over the leeks until they are halfway covered. Cover with a sheet of aluminum foil. Bake at 180°C for 20 to 30 minutes, depending on the size of the leeks. Make a mayonnaise with 1 egg yolk, mustard, vinegar and sunflower oil. Whip 2 egg whites until stiff and fold them into the mayonnaise using a spatula. Cook 4 eggs in a saucepan of boiling water for 6 minutes. Place the braised leek sections on the plates. Zest the lemon and sprinkle over it. Cut the soft-boiled eggs into quarters and place them next to the leeks. Drizzle with mousseline sauce. 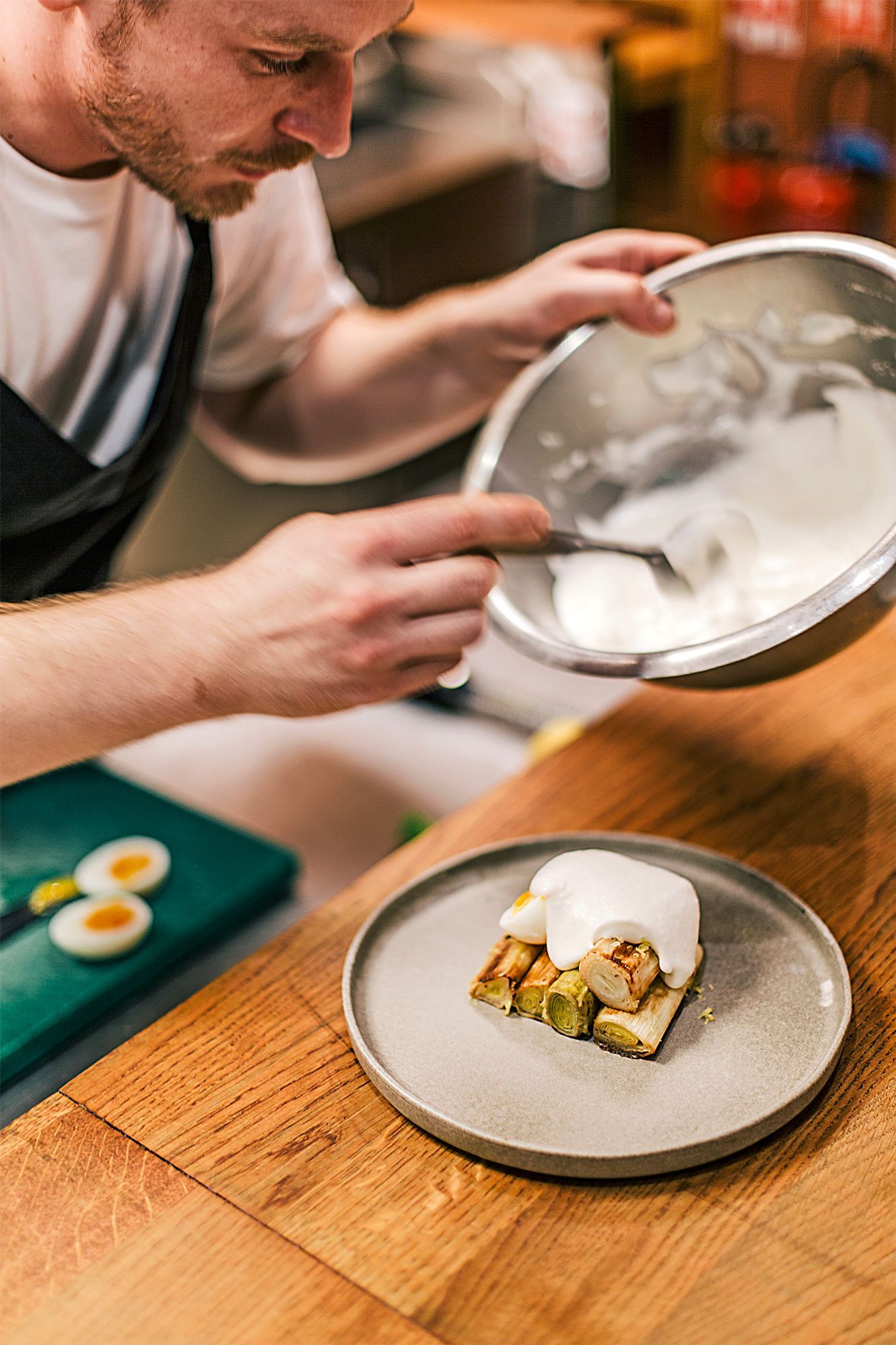 “My all time favorite dessert. Simple and comforting, it is made with grated carrots, which historically made up for the absence of sugar, which was too expensive, but which I add sugar for more indulgence! »

Recipe Melt the butter and mix all the ingredients in a bowl. Butter a cake mold, and pour the mixture into it. Bake at 160°C for 45 mins. Wait 1 hour after cooking before unmolding. Slice the cake. 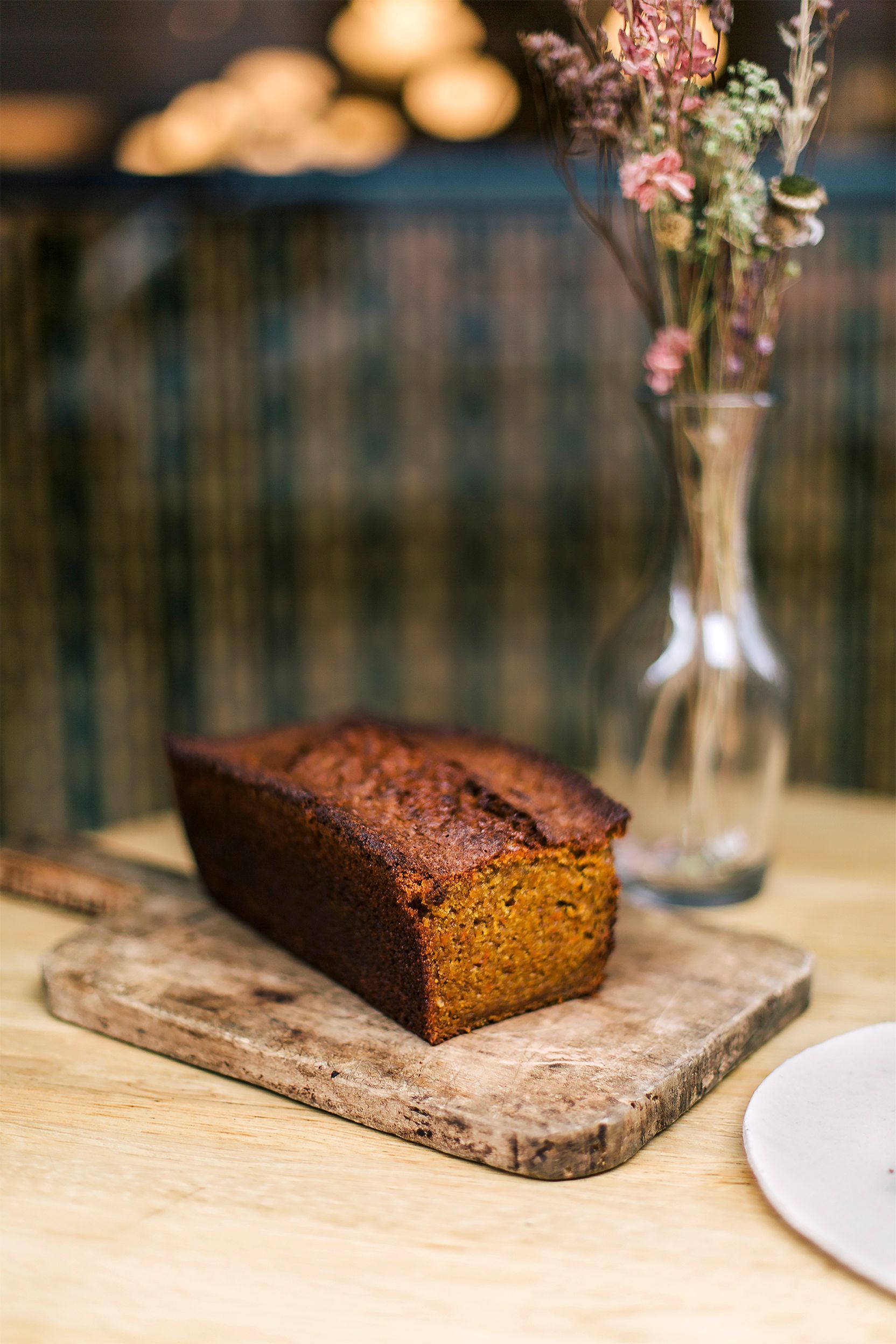 (Not including the roast chicken from the day before, i.e. €2.75 per person).

“Chocho’s signature dish, which elegantly mixes everything that is left at the end of the meal on the plate. Economically interesting, this recipe recycles the leftover juice of a roast chicken, accompanying it with a puree and a base of vinaigrette to dip with homemade cornbread baked a la minute!”

Recipe To prepare the bread dough, heat the milk, dissolve the yeast in it then mix with all the other ingredients in a bowl until you obtain a smooth dough. Lay a damp towel over it and let rise in a place at room temperature for 2 hours. Form balls of dough of about 50 g and let rise again for 30 minutes. Cook each side of the bread in a frying pan with a little sunflower oil until they are golden brown. Loosen the corn kernels from the cob using a sharp knife. In a saucepan, sweat them with the butter. Pour over the milk and cook over low heat until the liquid has evaporated almost completely. Mix in the blender. Make a vinaigrette with the mustard, vinegar and oil. Remove some of the fat stuck on the rest of the chicken juice from the day before. Reduce it in a saucepan by half. Spread the mash on the plate, add a little vinaigrette and the chicken jus. And for tasting, drizzle with a hot cornbread! 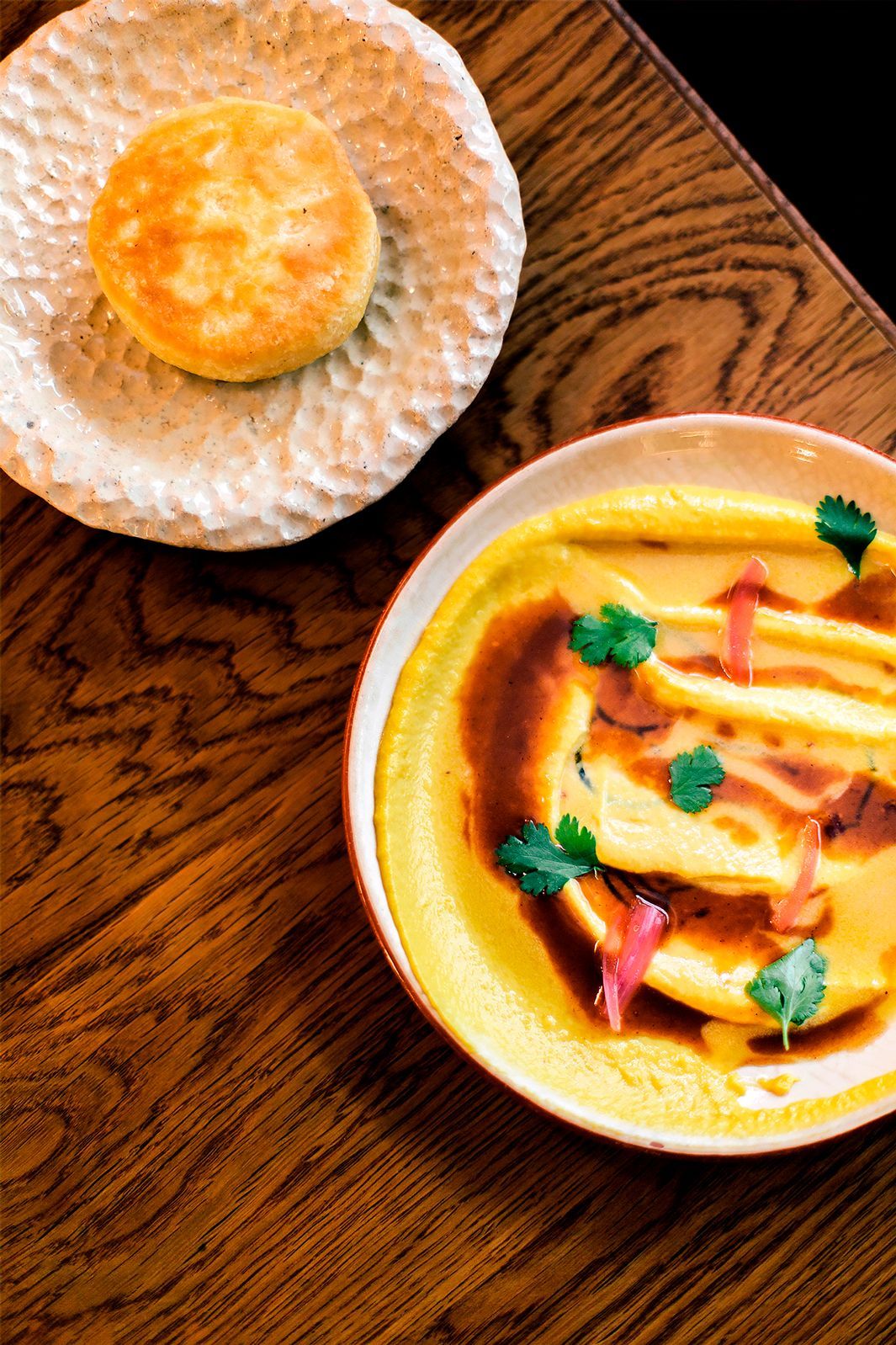