Although it took a lot of archaeological and historical research to prove it, scientists have recently come to the conclusion that the relationship between dogs and humans is much older than we think. Traces of domestication processes dating back more than 25,000 years discovered in various regions of the globe prove that dogs have cohabited with humans for millennia.
And although new breeds continue to appear over the years and centuries, some very old species are still present today and have hardly changed despite the multitudes of selections and crosses made by man.

Easily recognized by its fox-like appearance and beautiful fluffy, silky coat, The Akita Inu is a breed that comes from Japan, more precisely from the Akita prefecture (the northernmost region of the main island of the archipelago).
The traces discovered by archaeologists have proven that the species has existed for nearly 10,000 years. And although it is still quite difficult to establish its exact origin, specialists are unanimous on the fact that it is one of the oldest canine breeds in the world.

They are often confused with huskies due to their appearance which is very similar to that of this other species. However, it should be noted that Greenland dogs do indeed belong to another breed. Archaeological evidence shows that these brave and sturdy beasts already cohabited with humans nearly 9,000 years ago..
It was the Paleo-Eskimo indigenous peoples, more specifically the Inuit, who brought them to Greenland in order to use them as hunting dogs. Later, Greenland dogs were trained to become sled dogs. 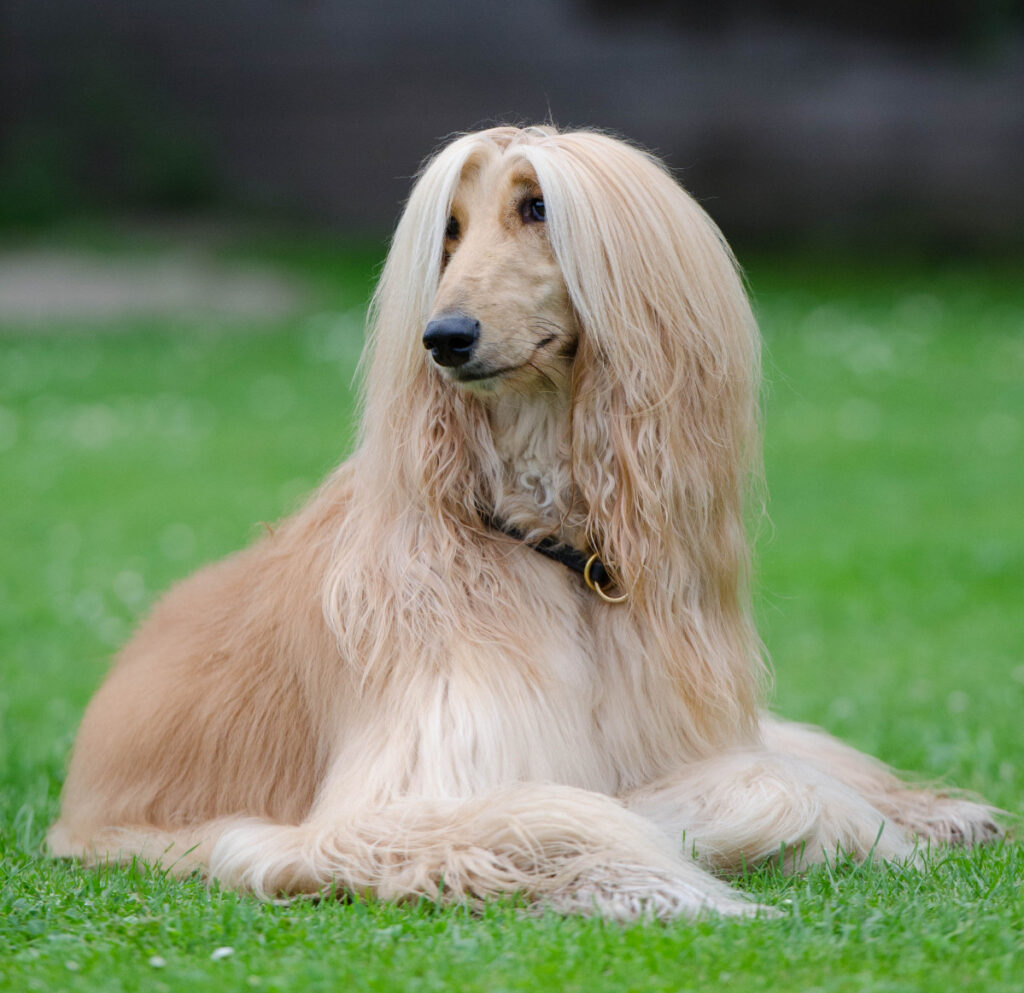 As indicated by his name, this dog breed originates from Afghanistan. According to expert estimates, the Afghan hound has existed for almost 8000 years. This very distinguished-looking dog with a powerful and agile body was then used by the indigenous peoples of the ancient Persian region to hunt game in the mountains. Currently, Afghan hounds are among the most famous dog breeds.

Like the Afghan Hound, the saluki also comes from the Middle East region. It is also called Persian Greyhound in many countries. Salukis have exceptional athletic qualities (speed, strength and endurance) that make them excellent competition dogs. According to the researchers, the breed is thought to have existed for at least 5,000 years. However, based on the fact that the first Persians probably already domesticated them, one could deduce that salukis are a much older species.

Many specialists confirm that the Tibetan mastiff or Tibetan mastiff is the ancestor of all dog breeds mastiff. LArchaeological and historical evidence proves that the breed would have existed for almost 5,000 years and that its origin would date back to between 384 and 322 BC.. Boasting a muscular and powerful body covered in a dense coatthe Tibetan Mastiff would come from the line of war dogs of ancient Rome, but that it would have been domesticated by Tibetan monks to become a sheepdog.