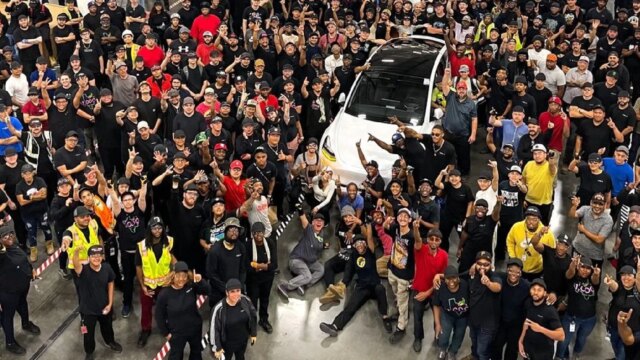 Electric car maker Tesla has announced that its Gigafactory in Texas has built 10,000 Model Y cars to date. Elon Musk opened the Gigafactory in Austin, Texas, in April this year, aiming to take his electric car business to the next phase of growth with the production of the Cybertruck. “10,000 Model Ys built in Giga Texas to date,” Tesla said in a tweet.

Besides the Cybertruck, Tesla also showed off a new Roadster vehicle that is expected to go into production next year at the Texas plant. However, the Cybertruck has been repeatedly delayed, and Musk now says Tesla could begin deliveries of its next Cybertruck in mid-2023.

“We’re going to bring another level of manufacturing simplicity and improvements with Cybertruck and future products that we’re not quite ready to talk about now, but which I think will be very exciting to unveil in the future. Musk told analysts on the June quarter earnings conference call.

The Texas Gigafactory is Tesla’s fourth production site in the United States, after Fremont (California), a battery factory in Sparks (Nevada) and a solar factory in Buffalo (New York). Tesla also has a factory in Shanghai and recently opened its first European factory near Berlin, Germany. “We need a place where we can be really big, and there’s no place like Texas. We’re going to go to a really massive scale,” Musk said.