When Elon Musk introduced a dancer in a robot costume on stage to announce the Tesla Bot program on Tesla AI Day 2021, those words weren’t really taken seriously. Many saw it as yet another prank from the fiery leader of Tesla. But in a product roadmap update in early 2022, Musk nevertheless said that Tesla prioritized development of the Optimus humanoid robot in 2022 over new product launches, all of which have been delayed until later. ‘in 2023.

On several occasions since then, Musk has said that people don’t appreciate the value Tesla Bot could bring to the world. Claiming that it could completely change the global economy.

But Tesla doesn’t even need customers for the Optimus robot to prove its worth: the automaker plans to put the robots to work in its own factories.

A job offer that provides for the implementation of humanoid robots

In a job posting for “Motion Planning & Navigation, Tesla Bot,” Tesla writes that it plans to use “thousands of humanoid robots in its factories.”

The builder is well on its way to building large-scale bi-pedal humanoid robots to automate repetitive and boring tasks.

“At the heart of the Tesla Bot, motion planning offers a unique opportunity to work on state-of-the-art algorithms leading to their deployment in real production applications. Our motion planning software engineers develop and own this stack from design to deployment. More importantly, you will see your work shipped and used over and over again by thousands of humanoid robots in our factories.

The company said the first version of Tesla Bot will focus on performing simple repetitive tasks, which will make the robot useful in a factory environment.

Still, Optimus doesn’t seem ready. By the admission of Elon Musk on Twitter in response to a question from a user. The manager thus indicated that to meet the deadline, Tesla called on part of the teams in charge of the development of autonomous driving. Employees are therefore now responsible for lending a hand to the team in charge of Optimus.

The advantages for Tesla are obvious, especially in the context of the current labor shortage. While the manufacturer sees a very dim view of the establishment of unions in its factories, enhanced automation could “solve” part of the problem.

It remains to know the technological progress of the project. Tesla has invested a lot of resources in AI and made great strides in computer vision, things that will also be useful for humanoid robots.

But the manufacturer will also have to put the package on the robotic aspect for the solution to be really useful.

Tesla plans to have “thousands of humanoid robots in its factories”. So says a new job posting for the Tesla Bot program. What to take seriously the previous comments of Elon Musk on this subject.
Especially since the manufacturer is about to unveil the first working prototype of its humanoid robot – Optimus – during AI Day on September 30.
But doubts about the progress of the project remain…
Still, Optimus doesn’t seem ready. By the admission of Elon Musk on Twitter in response to a question from a user.
Tesla is indeed calling on some of the teams in charge of developing autonomous driving to lend a hand to the team in charge of Optimus. 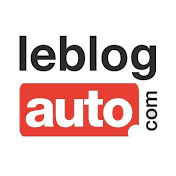