There are no competitions between billionaires, this could lead to an ego match between Elon Musk and Jeff Bezos which would not be of much interest. Nevertheless, we would like to share with you some valuable points that relate to the stock performance of Tesla stock and Amazon stock. This document was prepared with the help of a friend Twittos Mathias Fonsan investor who regularly shares data on Tesla stock.

In this article, we will compare the two tech giants on different criteria:

A high P/E ratio is often associated with a company whose revenue and (especially) net income are growing faster than those of its peers.

Tesla has increased its profits by 103% in the past 12 months, while those of Amazon have decreased by -9%… 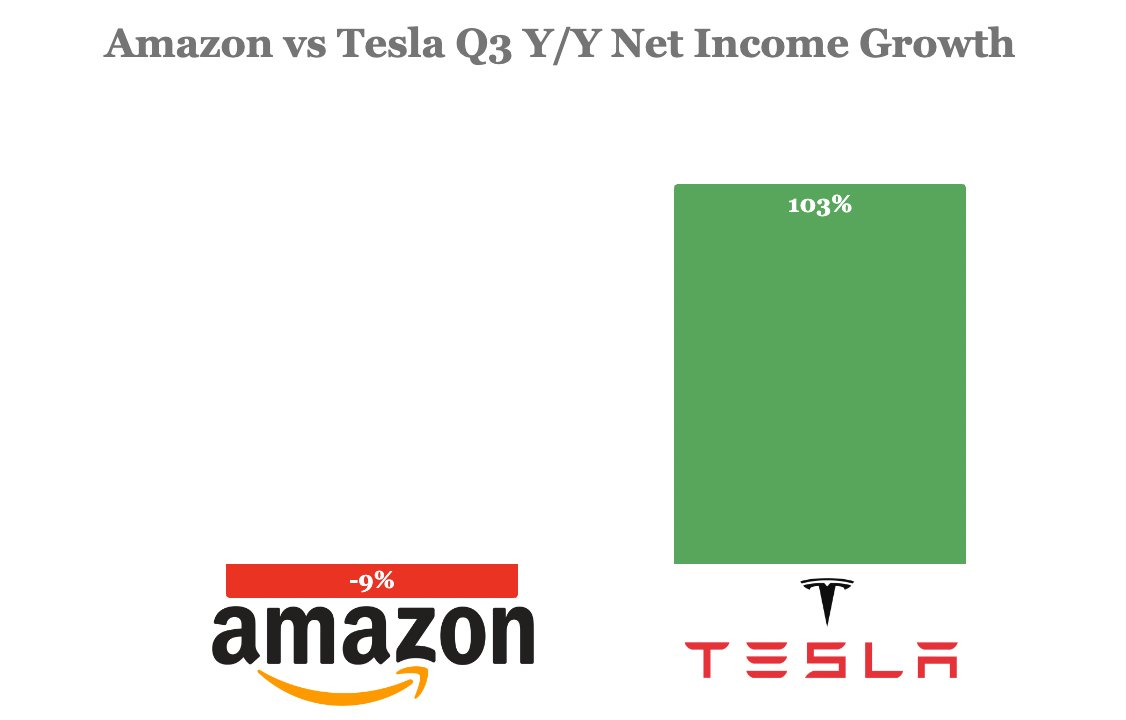 Amazon’s profits have shrunk despite a 15% increase in revenue last year.

Tesla’s profits doubled as its revenue grew 56% – a classic example of economies of scale, manufacturing efficiencies and breakthroughs… 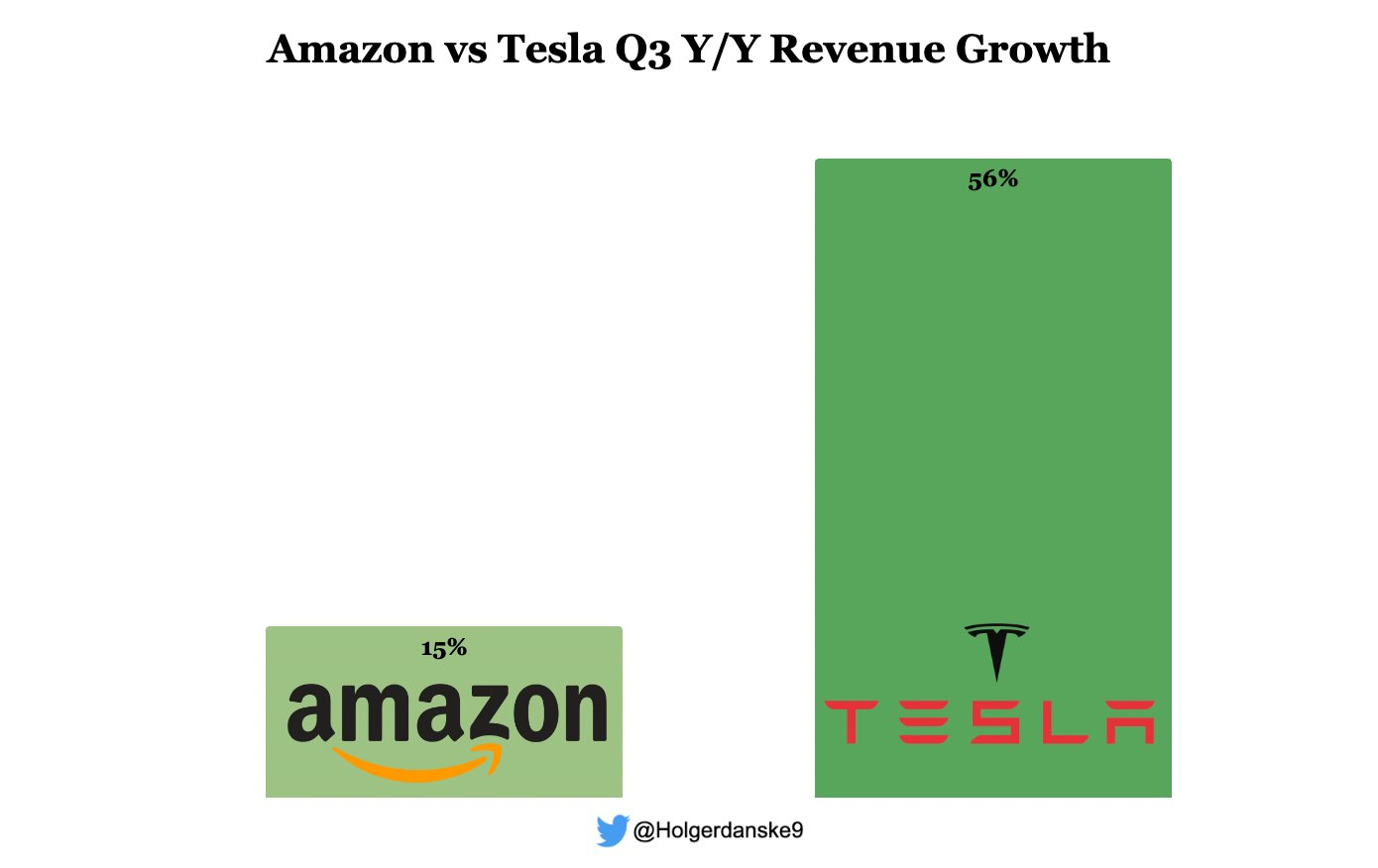 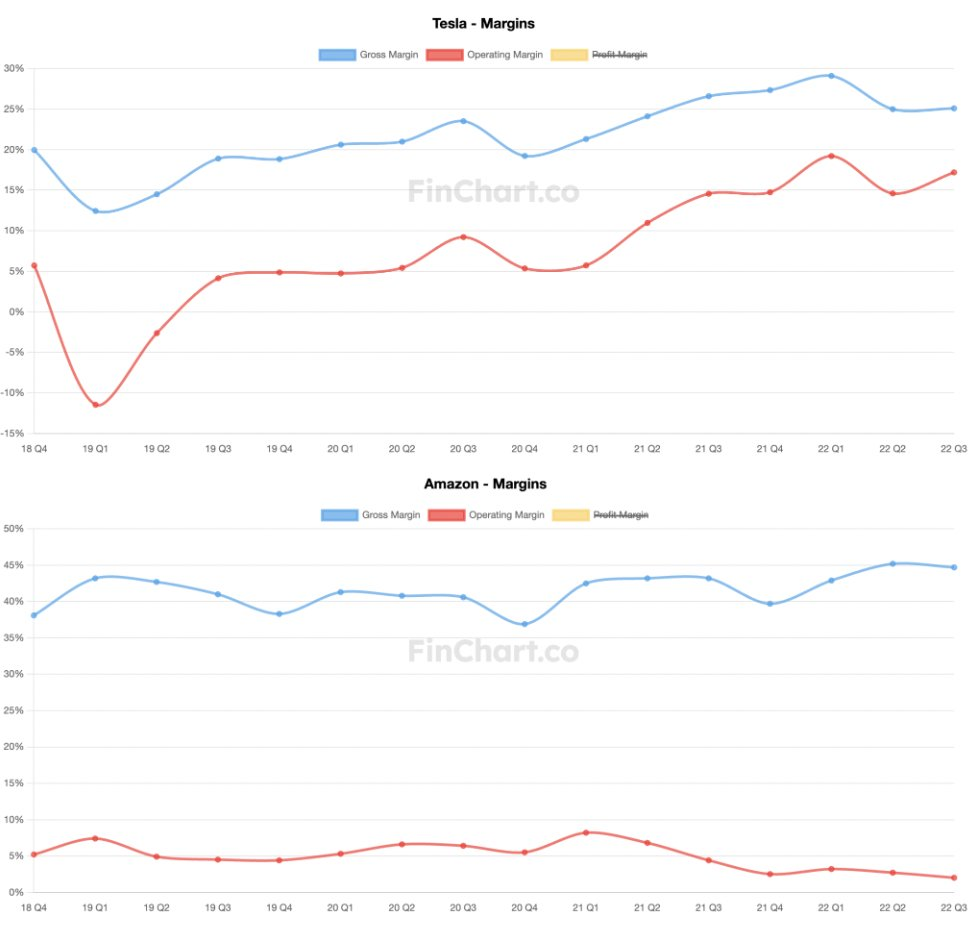