Thursday June 16, 2022, several SpaceX employees were fired following an open letter published a few hours earlier, in which they criticized the behavior of Elon Musk.

Several SpaceX employees have been laid off

In an open letter published on internal company messaging, several SpaceX employees denounced the alleged harmful behavior of Elon Musk on the activities of SpaceX. The people behind this letter have encouraged other employees to sign the paper, publicly or anonymously, in order to submit a final version to the president of SpaceX, Gwynne Shotwell. They will not have had time to complete their initiative… The employees behind this action have been dismissed. Elon Musk called this letter a “excessive militancy”. 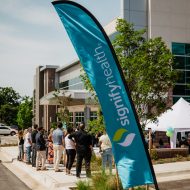 The letter in question described the behavior of the SpaceX founder as being “a frequent source of distraction and embarrassment for the company, especially in recent weeks”. Their goal was to publicly condemn Elon Musk’s bad behavior on Twitter. The authors of the letter said that Elon Musk could not, as CEO and main representative of SpaceX, behave like this. According to them, it was important to “Make sure teams and potential talent understand that these messages do not reflect our work, our mission or our values”.

Thursday, June 16, 2022, Gwynne Shotwell posted a message in which he announced the dismissals of the authors of the letter. SpaceX president says he laid off a number of employees “involved in writing the letter”. According to him, this initiative was not legitimate and made many employees uncomfortable who felt intimidated or angry because the letter made them sign “something that did not reflect their opinion”. He is pointing out that “we have too much work to do and don’t need this kind of excessive activism”.

However, according to an employee who participated in the drafting of this letter, it was not a stunt but the result of a month of hard work and solicitations from SpaceX workers. Musk has always been an unstable character, but since offering to buy Twitter in April, his behavior has drawn even more attention. There were accusations of sexual harassment with a flight attendant, the ban on Tesla employees working from home and the numerous public outings about Twitter.

Gwynne Shotwell ends her message to SpaceX employees with this sentence: “I’m sorry for this distraction. Please stay focused on SpaceX’s mission, and use your work time to do your best. This is how we will go to Mars”.