Smoked salmon is still popular with the French, especially during the end-of-year celebrations. Depending on their country of origin and their breeding characteristics, they have some specificities.

It is one of the favorite fish of the French. Easily identifiable by its pink color, salmon is still widely consumed in France, especially in its smoked version. With 29,200 tonnes devoured each year, the country has risen to first place among consumers in Europe, ahead of Germany and Italy.

It is estimated that 74% of the salmon consumed in the world come from farming compared to 26% from fishing. They are mainly produced at sea in Norway, Chile, the United Kingdom, North America, the Faroe Islands, Iceland, Ireland, New Zealand and even Tasmania.

Chile has effectively become the second largest producer in the world after Norway. Its exports have soared over the past ten years.

But on the shelves of supermarkets, we find, for the time being, mainly salmon from Norway, Scotland and a little from Ireland.

There are of course differences between all these salmon. The first is due to its nature. Wild salmon, for example, has a pale orange color. As it feeds naturally, its flesh is less fatty than that of farmed salmon. Some will even say that it is firm, even dry.

Then, the differences between salmon from Norway, Scotland or Ireland are debated. The Scots claim a salmon that is more orange than pink and very fatty with a less pronounced smoky taste than in Norway.

But according to comparative studies, the quality does not depend on the origin but rather on the breeding conditions and the method used for its transformation (salting, drying, smoking).

The Red Label attests to a certain quality: it imposes numerous constraints. Finally, the organic guaranteed by the AB label also attests to more respectful conditions for the animal and its environment.

Ireland has bet on organic

And on this subject, Ireland seems to be doing well. Its smoked salmon is almost exclusively organic. In any case, this is what the country puts forward.

However, organic does not guarantee better quality. A study showed that the latter was more contaminated with heavy metals and pesticides. This is explained in particular by the presence of a certain number of pollutants in their food. 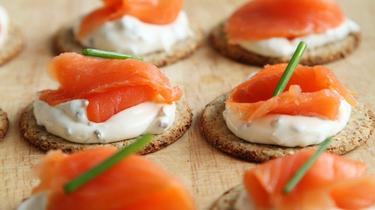 Under these conditions, how to determine the best salmon? The answer may be where you least expect it. Last year, UFC-Que Choisir conducted a comparative study on smoked salmon available in supermarkets.

The magazine concluded that the salmon with the best value for money is probably trout. “Less coveted than its cousin, smoked trout is also less expensive and has gained in quality in recent years,” explained the authors of the survey.