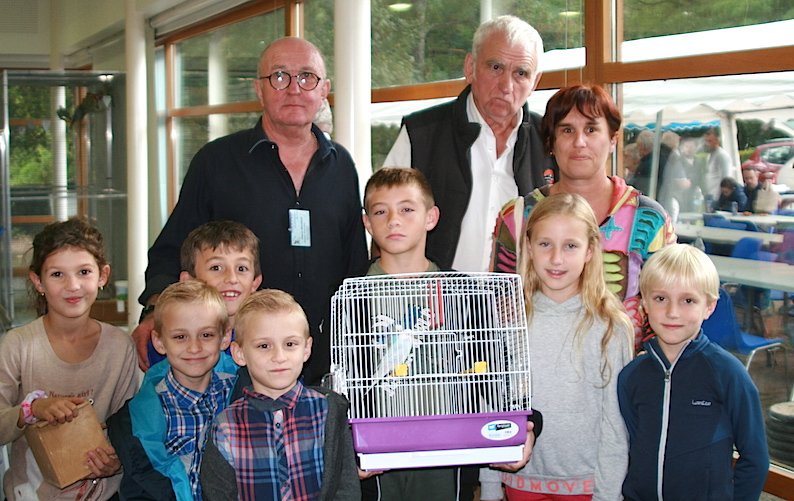 The pupils of a primary class in Saint-Firmin recently found a budgerigar in the playground. They called on the knowledge of the Association Brogélianes, ”Birds and Nature in Southern Burgundy”.
President Pierre Meunier explained to them that to know the owner of a bird, you have to read the inscriptions engraved on the ring that it must have on one leg. This ring is the bird’s identity card, it includes, among other things, the national number of the breeder where it was born, which makes it possible to trace its current owner.

After expertise of this small blue budgerigar by the president of the association, it turned out that it is a female and that it is not ringed, and that therefore it did not belong no one with certainty and that the students could therefore keep it. The association of passionate breeders, for the educational purpose that animates it, offered a cage and some seeds to this class in order to allow the full development of this little bird.
A call was also made to members of the Brogélian association. It was Jean-François who provided this class with a male budgerigar, and Pascal offered a birdhouse specific to this species. Maison Bergeris de Digoin, supplier of the association, was called upon and donated a bag of seeds to this class. All of this endowment was made during the 11th Naturalies Brogélianes at the end of September in the Morambeau room in Breuil, in the presence of Florence Joly, the mistress, and some of the students in this CE1-CE2 class.
The students also took advantage of the nature area offered within this event. This exhibition of educational sheets produced by the association for primary schools, will be lent to serve as a teaching aid for an awakening to the life of the animals of the nature that surrounds us. The brand new couple of birds, domiciled at the school during the week, will take turns staying with the pupils during the weekend and school holidays. All they have to do is pamper it and wait for spring, the breeding season for who knows, to expand this little family. 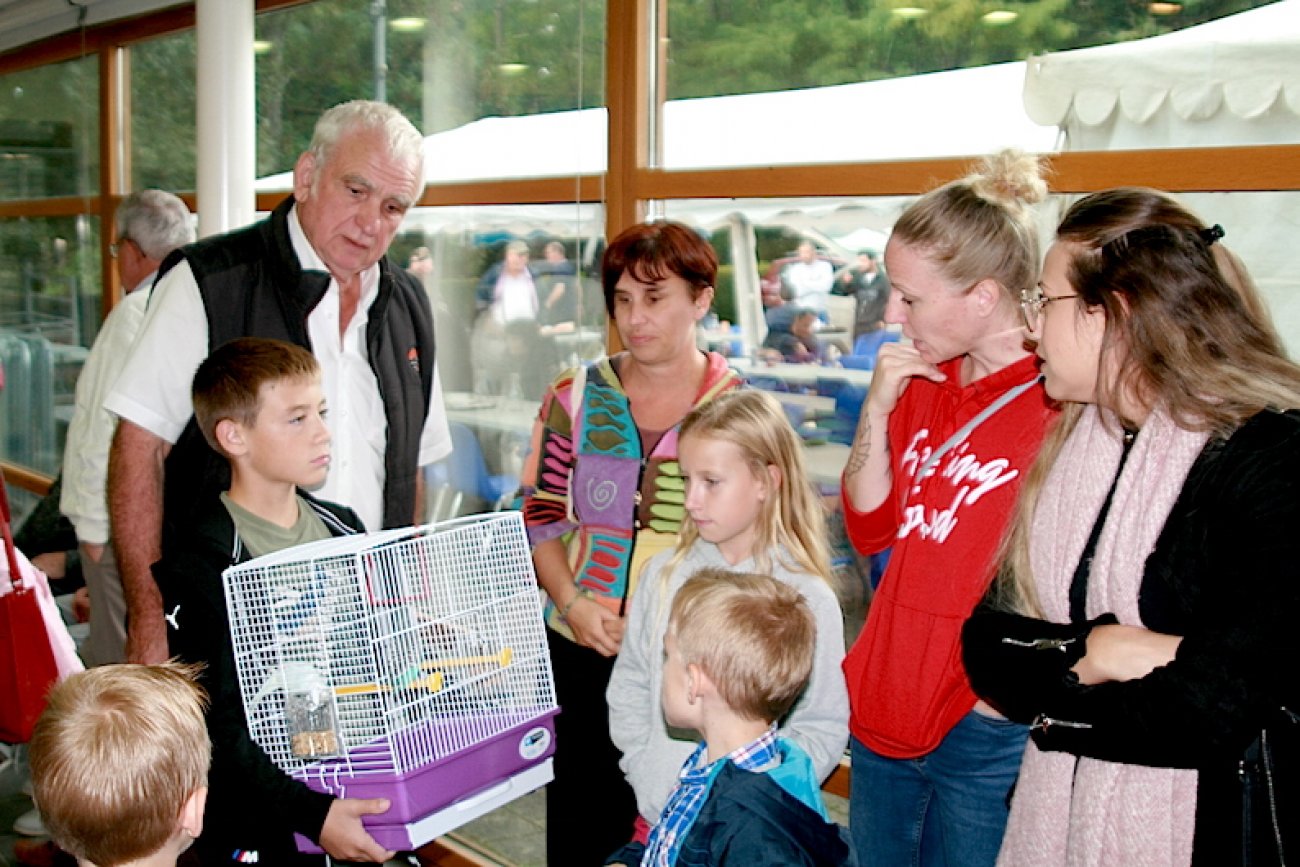 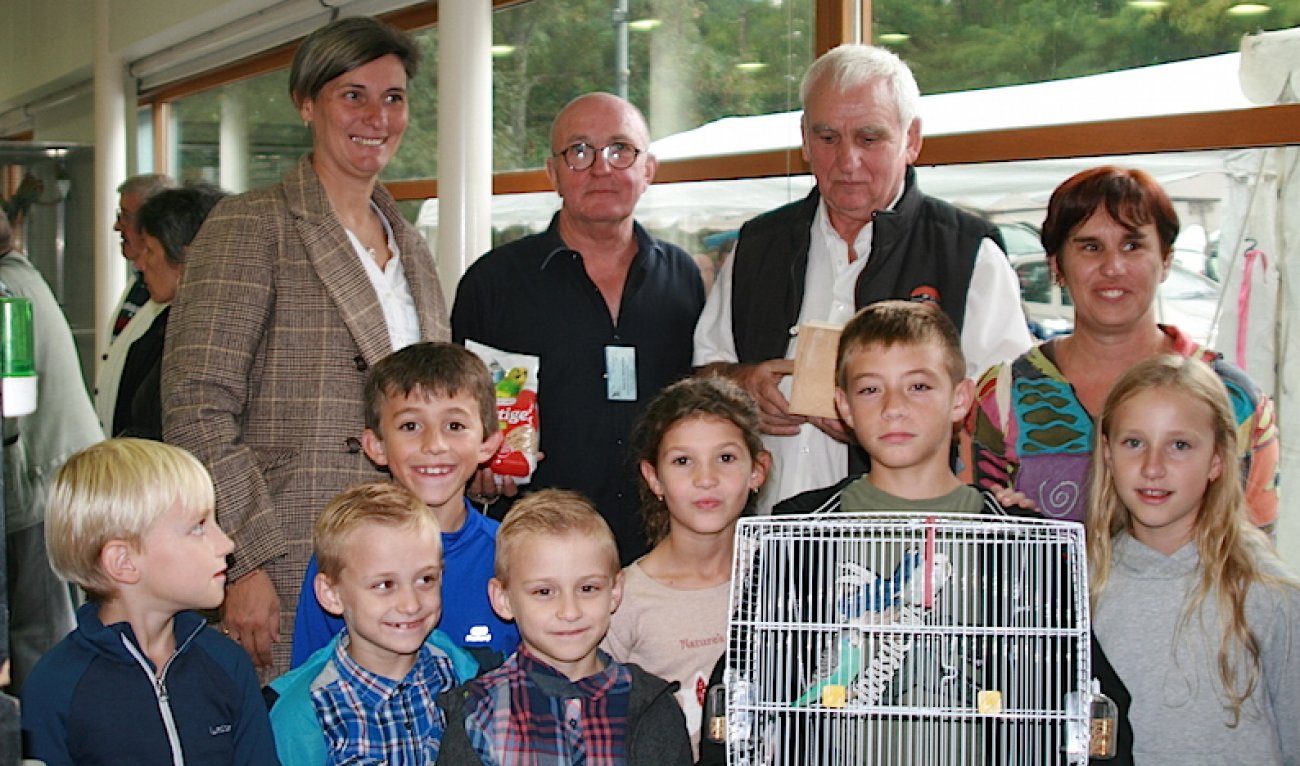 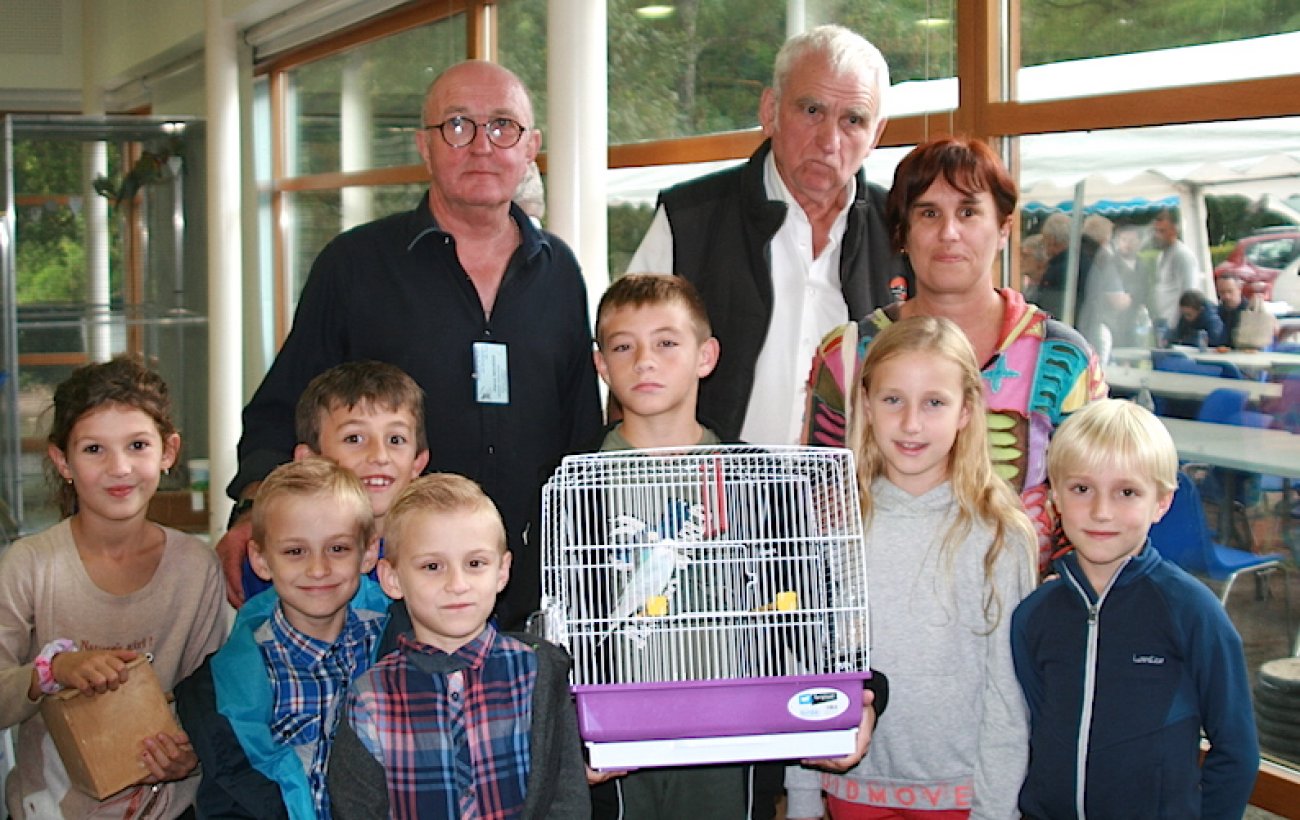 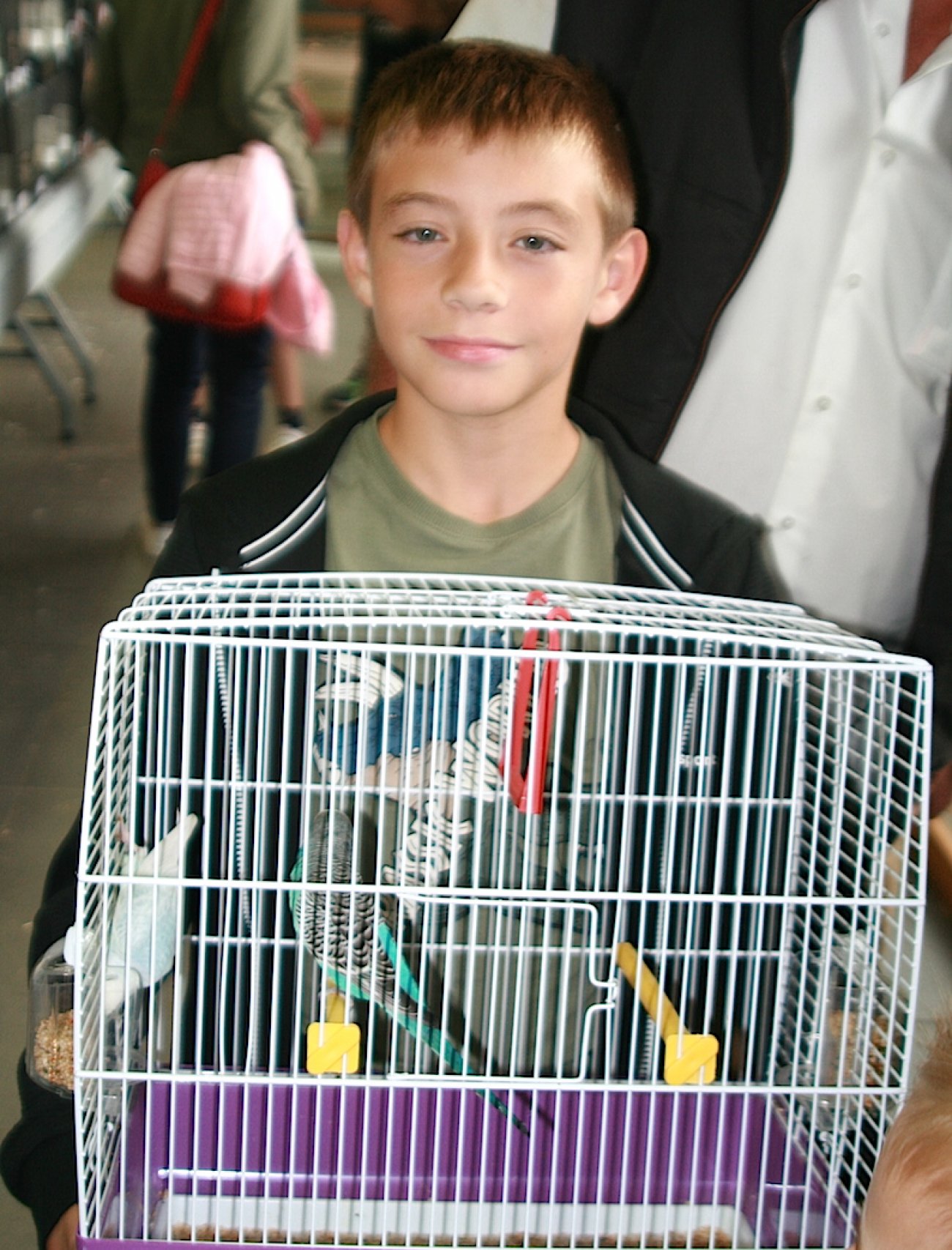