66 million years ago, the dinosaurs died out following the impact, and perhaps even the double impact, of an asteroid which disrupted the Earth’s ecosystem. The big winners of this extinction, the mammals have, in a few million years, occupied the ecological niches left empty by the large saurians. “They have radically transformed from mouse-sized ancestors that rubbed shoulders with dinosaurs to the humans, elephants or whales that exist today.“explains Steve Brusatte, paleontologist at the University of Edinburgh who has for once abandoned his favorite subject, dinosaurs, to focus on Pantolambda bathmodona stocky mammal the size of a large dog, or sheep, that lived 62 million years ago in Asia and North America.

An analysis of unprecedented finesse

With his colleague Gregory Funston, lead author of the study published in the journal Nature, he used a wide range of protocols to piece together Pantolambda’s life story. They focused in particular on the growth lines of its bones and teeth, several samples of which have been recovered from the Formation of Nacimiento, in the San Juan Basin of New Mexico. Some teeth were cut into lamellae so thin they were transparent, allowing the visualization of incremental marks set in the cementum, dentin and enamel. And thus to obtain a kind of clock allowing to calculate their longevity and to establish the great stages of their life. Other slides were laser vaporized to determine their chemical composition and to identify other time markers. “It’s like reading their diary but in their teeth“, summarizes Steve Brusatte.

Analyzes revealed that the females had a seven-month long gestation, equivalent to that of modern placental mammals. The newborn was well developed from the start of its life: able to walk and with a mouth already equipped with teeth. Breastfeeding duration was probably short, between 1 and 2 months. 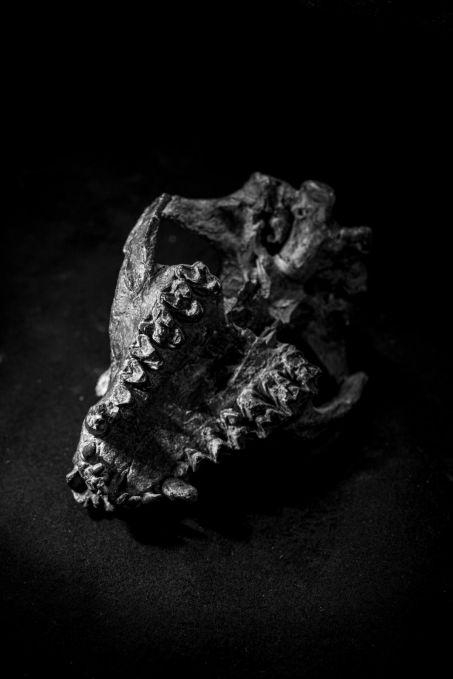 After weaning, the juvenile grows rapidly to reach sexual maturity after about a year. And it then leads a particularly short life since most of the individuals in this study (12 specimens were studied) died around the age of 4 years. The oldest reached 11 years old. This rhythm of life is much faster than that of living mammals of the same size, and Pantolambda bathmodon progressed throughout his life about twice as fast as you would expect based on his body size. This rapid pace of life could have given it and closely related mammals (which are our ancestors) a leg up on other types of mammals as they beamed after the extinction of the dinosaurs.

Reconstruction of an adult and juvenile pantolambda. Credit: S. Shelley.

This study also opens up fantastic possibilities for the study of extinct and very ancient species. Until now, this type of analysis has only been used on living or recently extinct animals, such as an Australopithecus 2 million years old. This work concerns an animal 30 times older.