Alain Geaam in Switzerland and Courchevel

Alan Geaam is everywhere, in Paris, in his starred restaurant on rue Lauriston, in his Qasti bistro in the heart of the Marais, where he has created a small food empire, with a shawarma temple (Qasti Shawarma & Grill), a Lebanese grocery store (Le Doukane), a brand new bakery, a lair dedicated to the galette (Saj), its old table which has become starred with the help of Grégory Garimbey (Nicolas Flamel), in Marseille (at the New Hotel Marseille). And, from this winter, in Courchevel, with the K2 group, for which he is creating a very gastronomic Lebanese restaurant, Ainata, at K2 Altitude, with the complicity of Pieter Riedijk, executive chef of the group and two-star chef of the Montgomerie restaurant. , and two-star Sarkara pastry chef Sébastien Vauxion. He will also watch over the more bistronomic version which will be set up on the slopes, under the sign of “Base Camp by Ainata”. We add that Alan Geaam, who never stops, has become an ambassador of Lebanese cuisine in a relaxed version in Lausanne, under the sign of “Ô Beirut”, in a “modern refined” version, rue Bellefontaine. Such. +41213491010.

The Loiseau family in Besançon

The Loiseau in Besançon? An old wish of the great Bernard, who had seen with a beautiful eye his best friend Jean-Pierre Billoux from Digoin, then from Dijon, settling in the capital of Doubs with his bistro des halles, doubled from Dijon to Besançon. Water flowed under the bridges (of the Doubs) and it was his children Bérangère, Blanche and Bastien, with their mother Dominique, who seized the opportunity offered by the possibility of buying a splendid listed building named “Le Conservatory” located on Place de la Révolution, in the historic district bordered by the Doubs. A former granary, then a watchmaking school, and finally a regional conservatory, this unique place is an integral part of Besançon’s heritage. The Loiseaus will set up a chic but relaxed bistro there called “Loiseau du Temps”, which should open its doors in the first half of 2023. 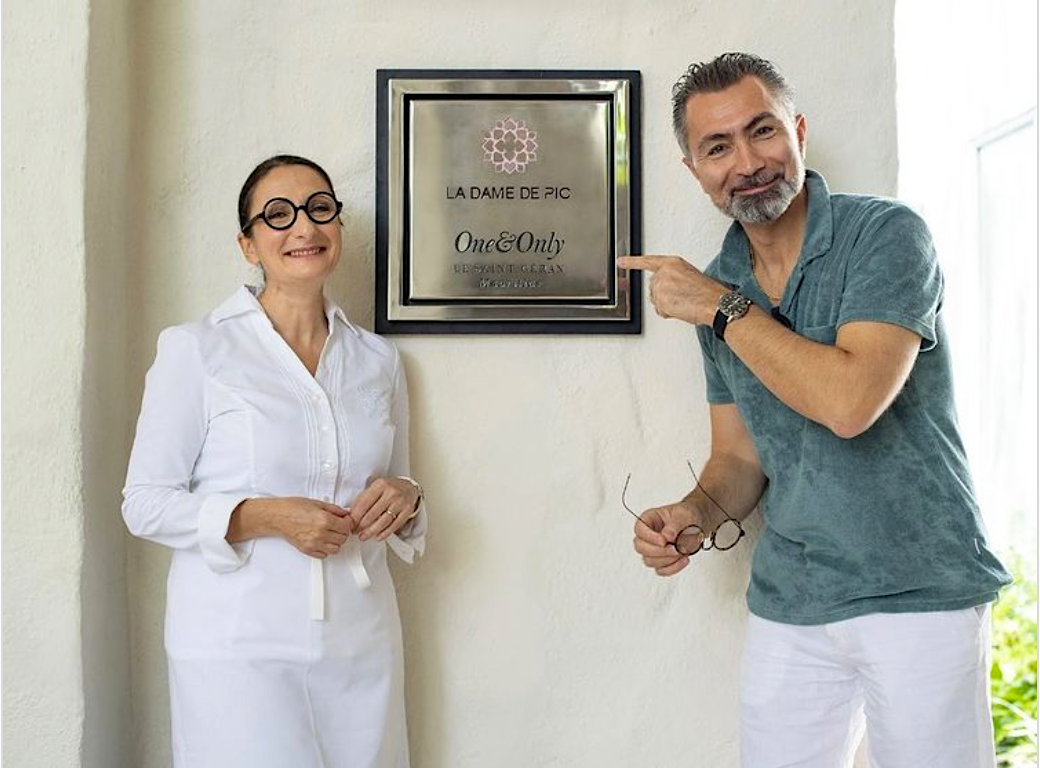 Twenty years ago David Sinapian and Anne-Sophie Pic spent their honeymoon at the luxurious Saint-Géran, on the northwest coast of Mauritius. It was the time when Alain Ducasse was inventing a fairly successful “Italo-Mauritian” gastronomy there. In any case, Anne-Sophie and David are back at the luxurious Saint-Géran to establish their 5th “Dame de Pic” there (after Megève, Paris, London and Singapore – 6th table if we count their luxurious Lausanne annex of the Beau Rivage Palace). The experiment should last at least until the beginning of next March and will be repeated if successful. The theme of home cooking: the Anne-Sophie Pic style adapted to the flavors and colors of the Indian Ocean with a team, kitchen and room, essentially local. 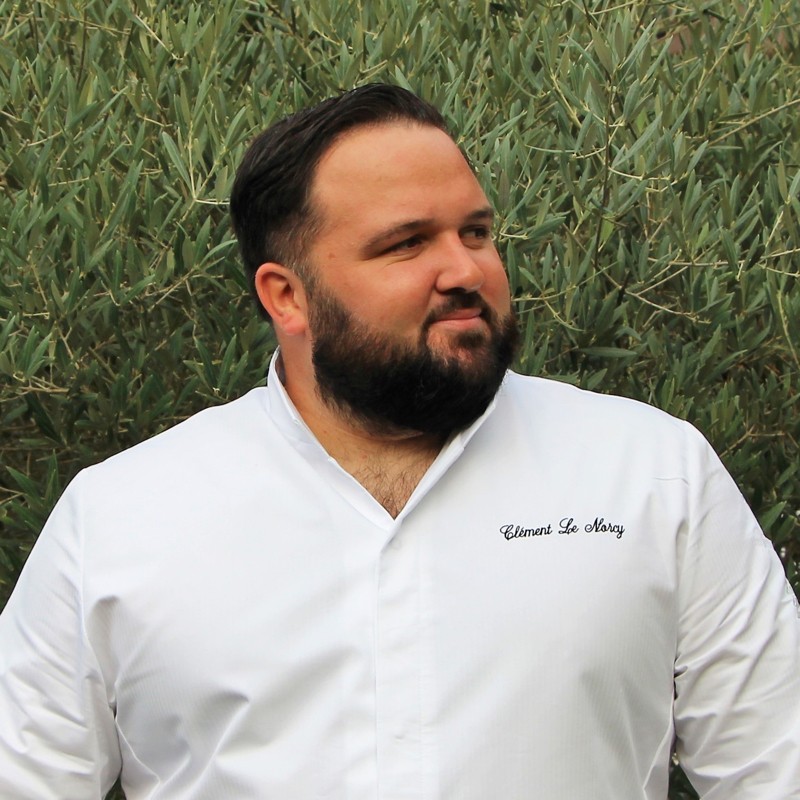 This is the highest turnover in the greater Parisian suburbs: the Auberge du Jeu de Paume in Chantilly has another new chef! We met there Arnaud Faye, who had two stars there, then Clément Leroy, former second in command of Guy Savoy, who left for London before disappearing from radar screens, then Anthony Denon who runs the kitchens of the Baudelaire at Burgundy in Paris, finally, Pierre Meneau who only stayed there for a few short months (arrived in April, left at the end of September). Here is Clément Le Norcy who sticks to it. This strong fellow with the build of a rugby player, whom we knew at Joy du Fouquet’s Barrière in Paris, knows the house well where he spent three years alongside Arnaud Faye. This former member of the Ducasse school, who worked at the Saint-Ambroix abbey in Bourges, with the MOF François Adamski whom he followed at the Gabriel in Bordeaux, before leaving for the Saint-James in Bouliac with Michel Portos, knows the Auberge du Jeu de Paume, with its two gourmet tables, the chic bistro known as “le Jardin d’hiver” and the starred table known as “Le Connétable”. He is credited with the intention of modernizing the gourmet offer of this prestigious place, property of the Aga Khan, very close to the Château Chantilly. We wish him, in any case, to stay there longer than his predecessors… 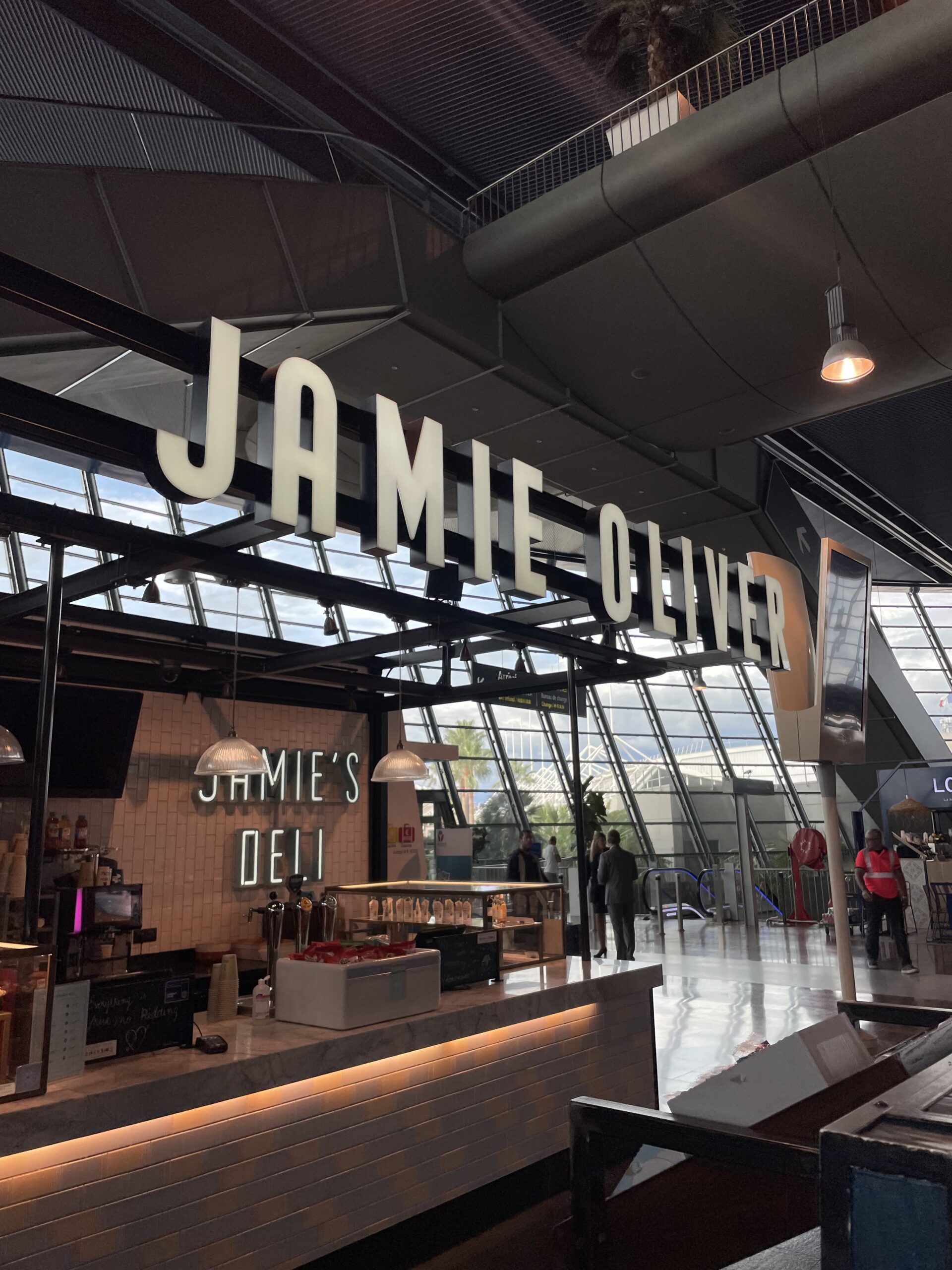 The English love the French Riviera. We have known this since Queen Victoria, who frequented Nice in the winter in the 1900s. Does Nice airport hope to attract English customers by giving one of their favorite cooks the opportunity to express themselves within Nice Côte d’Azur airport? In all, his “deli” which welcomes tourists of all kinds seems to be almost unanimously against him, if we judge by the harsh reviews noted, in English, on Tripadvisor, reproaching a pitiful offer of sandwiches and a cleanliness questionable. On the other hand, Michel Rostang, who offers the same services at Paris-CDG and affirms his presence for three years at Roissy 2, seems on the contrary to have a measured but flawless success, with his Café Eiffel, which offers both fresh sandwiches only quality salads or up-to-date seasonal dishes. 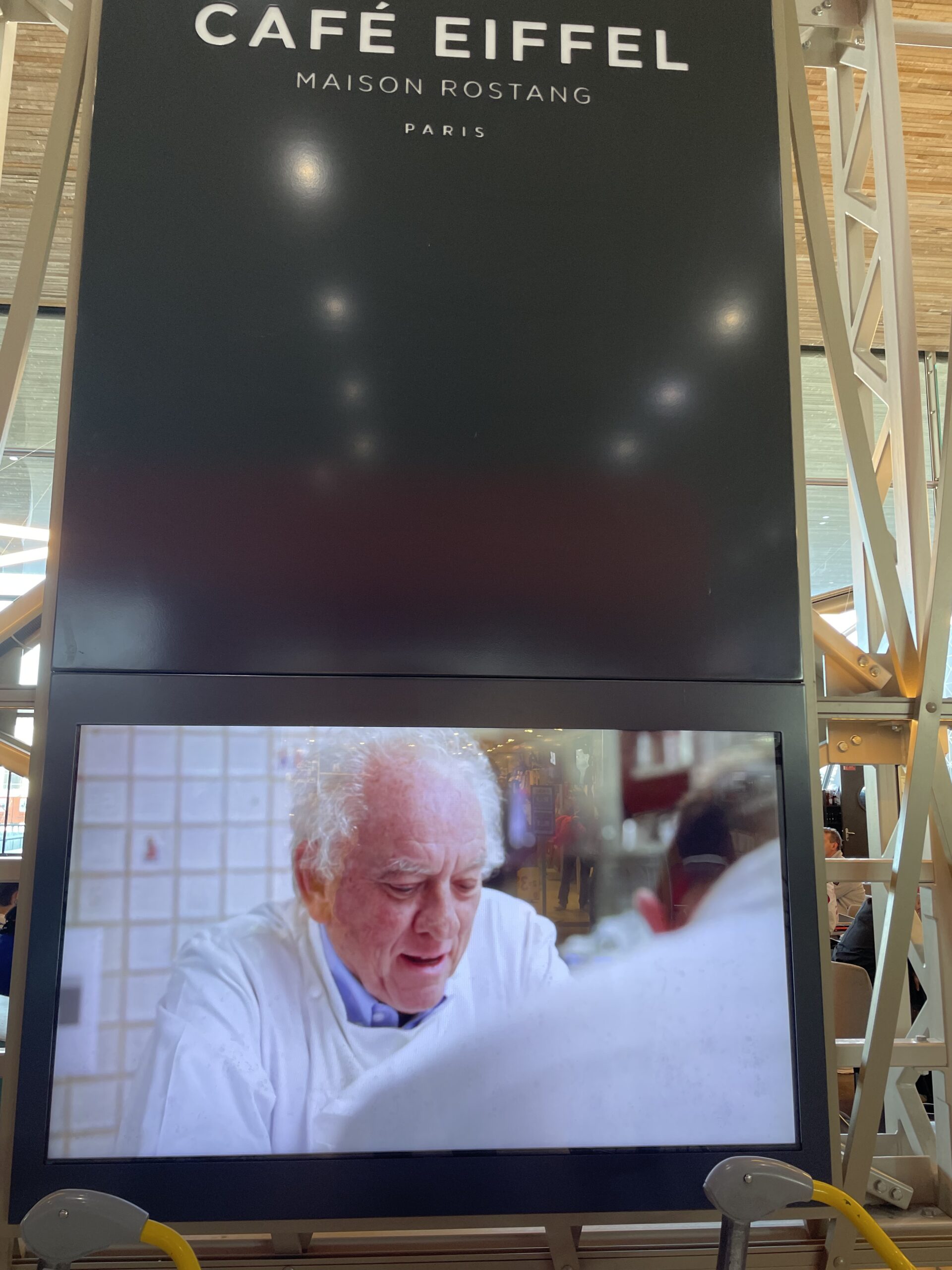 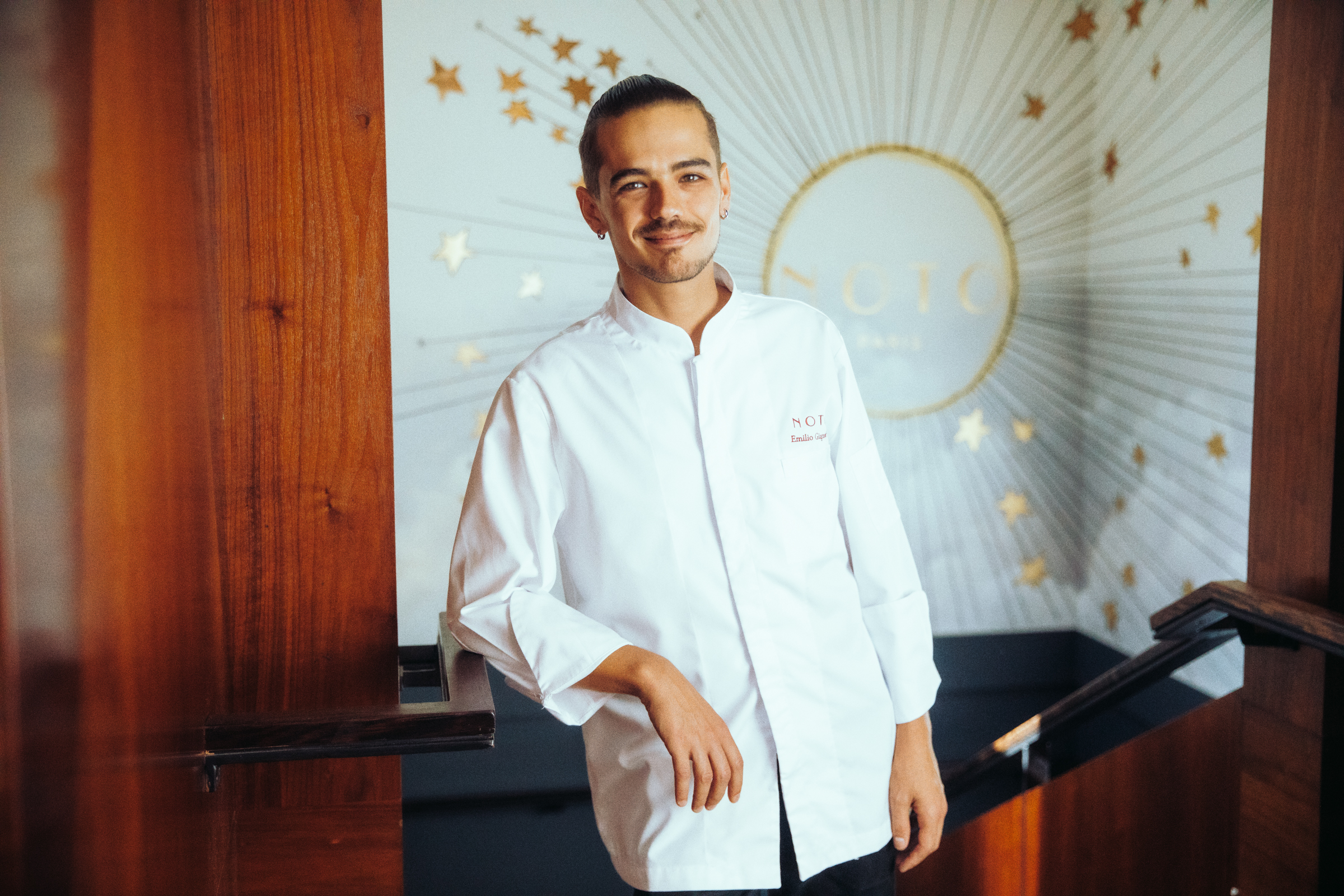 He is 32 years old, is Sardinian, like his mentor Sergio Mei at the Four Seasons in Milan. He was raised in Olbia. Assisted, in Paris, Simone Zanoni at the George of the Four Seasons George V, since 2015, but also at the heart of his travels around the world (Australia, Hong Kong, Beirut) Emilio Giagnoni was trained near Parma, at the Alma cooking school, worked at Marco Fadiga Bistrot in Bologna, then at the starred Parizzi in Parma, before moving to Milan and Paris. At Noto, on the 2nd floor of the Salle Pleyel, administered by Benjamin Patou’s Moma Group, he will deliver creative, personal, Mediterranean and Italian cuisine up to date. We’ll discuss it again later.

The cheese and wine week is getting ready in Paris

She left for a ride. Who is that ? The “Cheese & Wine Week”, created by Jean-François Hesse in 2016 under the name of “Cheese Day” became “Paris Cheese and Wine Week”, after a New York detour. In fact, wines and cheeses will go hand in hand, from November 12 to 20, with the help of Savoie wines, Alain Geoffroy Chablis, renowned chefs (from Guy Savoy to Pierre Gagnaire), under the sponsorship this year of two MOF, chef Eric Bouchenoire, from the Atelier Robuchon Etoile and the JR group, but also from the cheesemaker Laurent Dubois, with the help of the best sommelier in the world Philippe Faure-Brac. Explorations, tastings, wine & cheese tours, at Mori Venice Bar or Eataly, Marie Quatrehomme or Marie-Anne Cantin will be on the program. To find out all about it, follow the parischeeseandwineweek instagram account or the website: parischeeseandwineweek.com