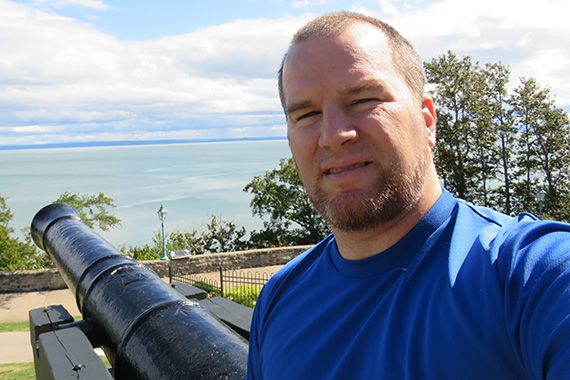 The 49-year-old civil servant and blogger has $140,000 in his TFSA. Thanks to the individual titles, he wants to let the magic of interests work for a long time. (Picture: courtesy)

SPOTLIGHT ON MY TFSA is a section where individual investors share with us their good and bad investment moves while submitting their portfolio to the analysis of a pro. 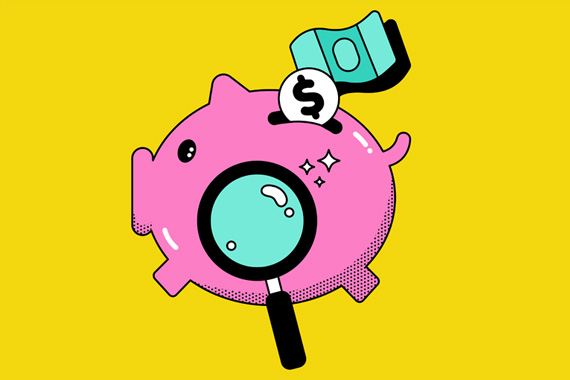 Bad move: bad use of the “sell stop” function

Objective: let the magic of interest operate for a long time

His advice to the investor who is starting out: start early and be patient

When his net worth (assets minus liabilities) crossed the seven-figure mark at the venerable age of 45, this former resident of an HLM in Little Burgundy celebrated the event modestly, at the image of the lifestyle he has led since his youth. Getting out of poverty had been a powerful motivator for him, but once he reached that millionaire status, he took it all with detachment. “Yes, it gave me independence of action. But otherwise, blah…”, says the one who does not attach any importance to bling-bling and admits to not having luxurious tastes. “To mark the occasion, I bought myself an old 2003 Honda motorcycle. That’s all. »

Still, being a millionaire was a goal for him. “At home, my parents managed borrowed money on a piecemeal basis. I quickly realized that I was at the bottom of the ladder and that I wanted to get out of it. “Growing up, he will chain odd jobs (camelot, courier, etc.) and give a hand to his mother with the rent. “I wasn’t saving yet. I bought things that allowed me to escape, like my Commodore VIC-20. »

Gifted in mathematics, he will obtain loans and scholarships and enter HEC Montréal. “The idea was to increase my future prospects. »

Once his diploma in his pocket, he will enter a bank. “It was the trigger in terms of enrichment. He held various positions (cashier, clerk, etc.) and quickly became a financial advisor after learning all the basics of the world of mutual funds and mortgage loans. There he meets a lot of clients with big salaries, but few assets. “It’s not so much how much you make, but how much you manage to keep. A bit like Tanguy, he will stay with his mother until his early thirties and fully press the savings pedal. “I was able to buy my first triplex at 30 years old. Today, he also owns a duplex and two condos (including one for rent).

And investing in securities? “My RRSP is maxed out and I have a non-registered margin account. As for the TFSA, let’s say it was a revolution: I would have loved to have this tool when I was 18. Until the pandemic crash, he held National Bank stocks (BN.TO, $91.90), exchange-traded funds (ETFs) of major indices (the Toronto TSX and the S&P 500) in his self-directed TFSA. of New York) as well as mutual funds targeting small capitalization securities and the Asia-Pacific market.

He decides to sell everything at the height of the pandemic. “I left a little money on the table by selling, but I recovered and even more. Elon Musk’s company Tesla (TSLA, US$283.70) makes up 98% of his TFSA, the balance is in SOFI (SOFI, US$5.92), an American online bank, and Lion electric (LEV.TO, $6.94). He is aware that his TFSA is very concentrated, but he has other lifelines in the event of a meltdown. “It’s a risk that I assume and which is relative to the weight of all my assets (real estate and financial), not to mention my pension fund. » 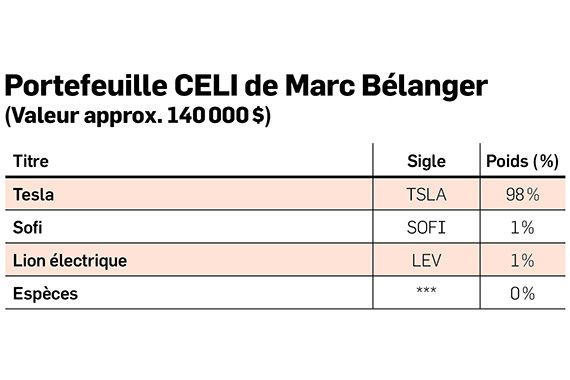 In the eye of a pro

Martin Lalonde, President and Portfolio Manager at Rivemont, praises the investor’s journey and congratulates him on achieving his financial goals. ” This is the fun to see that. He learned, he applied his method, he was rigorous and he is now reaping the fruits of his labor. »

The portfolio manager sees two aspects in the financial and fiscal tool that the TFSA represents. “It’s another basket where asset classes can grow tax-free. But it is also the perfect place to make extraordinary gains. He is of the opinion that the autonomous investor made the bet of the home run by concentrating roughly all his nest egg in a title.

“He is a high value individual and I understand his reasoning. He has other cards in his deck and can afford a possible deadweight loss in the event of a rout of the stock which, following a sale, would also result in a loss of TFSA space. The fact that he sold his shares in his TFSA during the pandemic, however, leads him to think that he may be more comfortable with less liquid assets, such as real estate. “I don’t know the whole story, but it raises questions. »

As for the TFSA concentration in Elon Musk’s company? “Are Tesla’s heyday ahead or behind the company? he wonders. He doubts it’s visionary to invest in the Texas-based company at this point. The portfolio manager would be more comfortable holding a few highly innovative companies with high potential. “It would give him a little more diversification in a more speculative register. Finally, Martin Lalonde sees no point in keeping the other two positions in his portfolio given their small size. “It’s not significant. Either you increase your positions, because it is in line with your investment thesis, or you sell them. »

If you too would like to share your TFSA investment strategy with the readers of Les Affaires and have your portfolio analyzed by a pro, write to us at denis.lalonde@groupecontex.ca