The major fast-food brands are surfing on the veggie trend. KFC is the latest brand to bring a meatless burger to market. And this is a first for the group well established in France.

His “Colonel Original Veggie” has therefore been available recently and until October 11th.

If the precise recipe is kept secret, we know a little more about the composition of this new product. The traditional Colonel Original sees on breaded chicken steak replaced by a pavé based on mycoproteins: these are proteins from mushrooms without having the taste. Low in fat and high in fibre, they are similar in texture to chicken. It is the British brand Quorn which provides this preparation which must imitate meat.

The bread, cheddar and sauce remain identical to the classic version.

Be careful, the burger is indeed vegetarian and not vegan insofar as it contains eggs and dairy products that are incompatible with veganism. Moreover KFC obtained the V-Label certification by the Vegetarian Association of France. 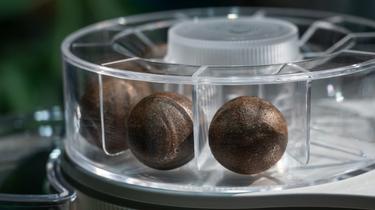 During the launch, KFC France announced that if successful this product could integrate the permanent range.