Its arrival in France will undoubtedly not go unnoticed, and for good reason: the Tesla Model Y Propulsion becomes the most affordable car from the firm of Elon Musk. Let’s take stock of its characteristics, the competition and try to define if it is indeed the good deal of the moment.

The Tesla Model Y was introduced in Europe just a year ago, and we tested the Long Autonomy version on this occasion. Since then, the first deliveries of Tesla Model Y Performance manufactured at the Gigafactory in Berlin have taken place, but Tesla is not yet finished with its family SUV: a Propulsion version has just arrived on the online configurator in Europe .

We will come back in detail in this file on this famous Tesla Model Y Propulsion by first recalling its characteristics, then focusing on one of its greatest assets: the price. We will then examine the existing competition before trying to determine who this new Tesla Model Y is made for. This may be the good deal for this back to school!

The Tesla Model Y Propulsion is equipped with an LFP (Lithium-Iron-Phosphate) battery like its little sister the Tesla Model 3 Propulsion, and therefore recovers the advantages and disadvantages inherent in this technology. Among the most important advantages, note that it is possible to charge the battery to 100% daily to benefit from all its autonomy, which is currently estimated at 455 kilometers WLTP (with 19-inch rims).

As for the disadvantages of this particular chemistry, they are to be found at the level of the energy density which is lower, and this will necessarily impact the performance with a less light battery. Indeed, the vehicle remains heavy (1,909 kilograms) and the 0 to 100 km/h is then announced in 6.9 seconds. The Tesla Model Y Propulsion is therefore not a thunderbolt, and becomes the brand’s slowest vehicle in this exercise.

As for fast charging, it peaks at around 170 kW on Tesla Superchargers or on third-party terminals, which allows you to go from 20 to 80% battery in about thirty minutes. The 11 kW on-board charger, on the other hand, ensures that the battery is fully charged in about seven hours, whereas a household socket takes more than twenty hours to reach 100%.

This Tesla Model Y Propulsion offers the same useful volume and the same dimensions as the other versions of the SUV of the firm of Elon Musk, and it remains to this day difficult to obtain such a large loading capacity in other vehicles of the same segment.

The 854-litre rear boot (2,041 liters when the seats are folded down) makes it very comfortable to travel with the family. If that’s not enough, a small 117-litre trunk under the bonnet is there to accommodate some personal effects if needed.

Finally, the interior of the Tesla Model Y Propulsion is substantially identical to the other more expensive versions, including a high-end audio system (13 speakers, 1 subwoofer, 2 amplifiers and immersive sound) much more powerful than on the Model 3 Propulsion, electric adjustable front seats, heated front and rear seats or the HEPA air filtration system that the Model 3 does not have.

With all this standard endowment which does not make it not a discount Teslathe question was legitimate: will the “entry-level” price be there?

A more than surprising price

The recent history of Tesla price changes was anything but reassuring: since 2020, prices have only increased on the Tesla Model 3, which has gone from nearly 37,000 euros to more than 51,000 euros (in including the ecological bonus). The Tesla Model Y followed this trend to a lesser extent, the Long Autonomy version having gone from 57,990 (ecological bonus included) to 64,990 euros in about a year.

Tesla probably did not hear it that way, since the Tesla Model Y Propulsion is available from 49,990 euros, which makes a price to pay of 47,990 euros once the ecological bonus has been deducted. This propulsion version existed until now only in Asia. There is no doubt that Tesla wants to break new sales records for the end of 2022 in Europe with this more affordable version, since the first deliveries are expected before 2023.

With such a call rate, the Tesla Model Y Propulsion therefore overshadows its little sister the Tesla Model 3 Propulsion which costs 3,500 euros more for an equivalent configuration. We have already put Tesla’s two vehicles face to face, but today with a cheaper version of the electric SUV, this necessarily changes the situation. 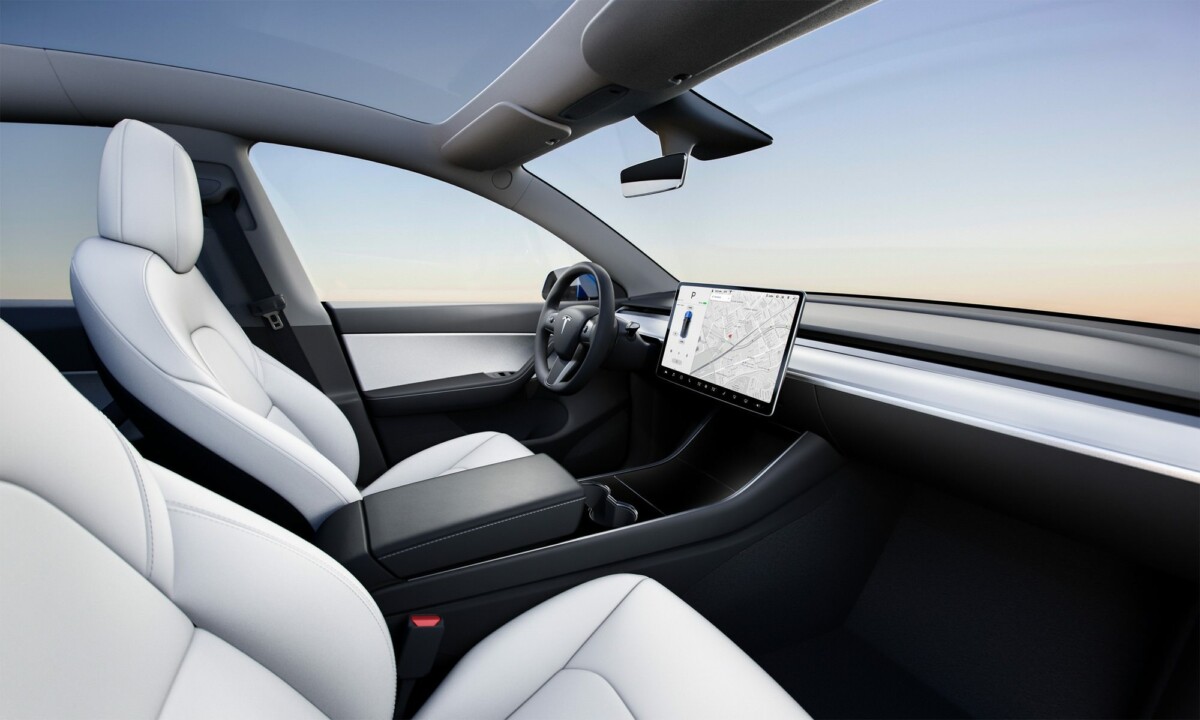 The Tesla Model Y offers significantly more cargo space, has a gigantic rear trunk, and has much more room for rear passengers. It’s a safe bet that many customers who were reluctant to take the step of the Tesla Model 3 Propulsion will fall back on the cheapest new Teslawhich has few disadvantages compared to the brand’s electric sedan.

Furthermore, other manufacturers will have a lot to do to counter Tesla’s offensive and offer such an attractive vehicle at an equivalent price. Let’s see what is available to date to respond to the Tesla Model Y Propulsion.

As we saw above, the Tesla Model Y Propulsion is available from 49,990 euros, for white paint and an all-black interior, with 19-inch rims. It is eligible for the current ecological bonus of 2,000 euros, which gives a price to pay of 47,990 euros. The set of options, colors and other driving aids make it possible to configure the vehicle to a maximum rate of 64,230 euros all the same, which naturally excludes it from the ecological bonus scheme. Except to buy the software options after receiving the car.

We had drawn up several comparisons between the Tesla Model Y and its biggest competitors, before the arrival of the propulsion version.

Since then, some vehicles are now available in more affordable versions, such as the Kia EV6 with a 58 kWh battery. For many models, however, coping with the Tesla Model Y Propulsion will be a difficult task, as the price/performance ratio of the entry-level American SUV is excellent.

Indeed, if vehicles manage to offer a quality of assembly and a more upscale interior atmosphere (Audi Q4 e-tron, Volvo C40 Recharge or Mercedes EQB), it is clear that in terms of useful volume and driving pleasure, beating the cheapest Tesla is not easy. All of the vehicles presented above cannot compete with the trunk of the Tesla Model Y, and the network of Superchargers is still a big asset reserved for the brand’s vehicles, at least in part. 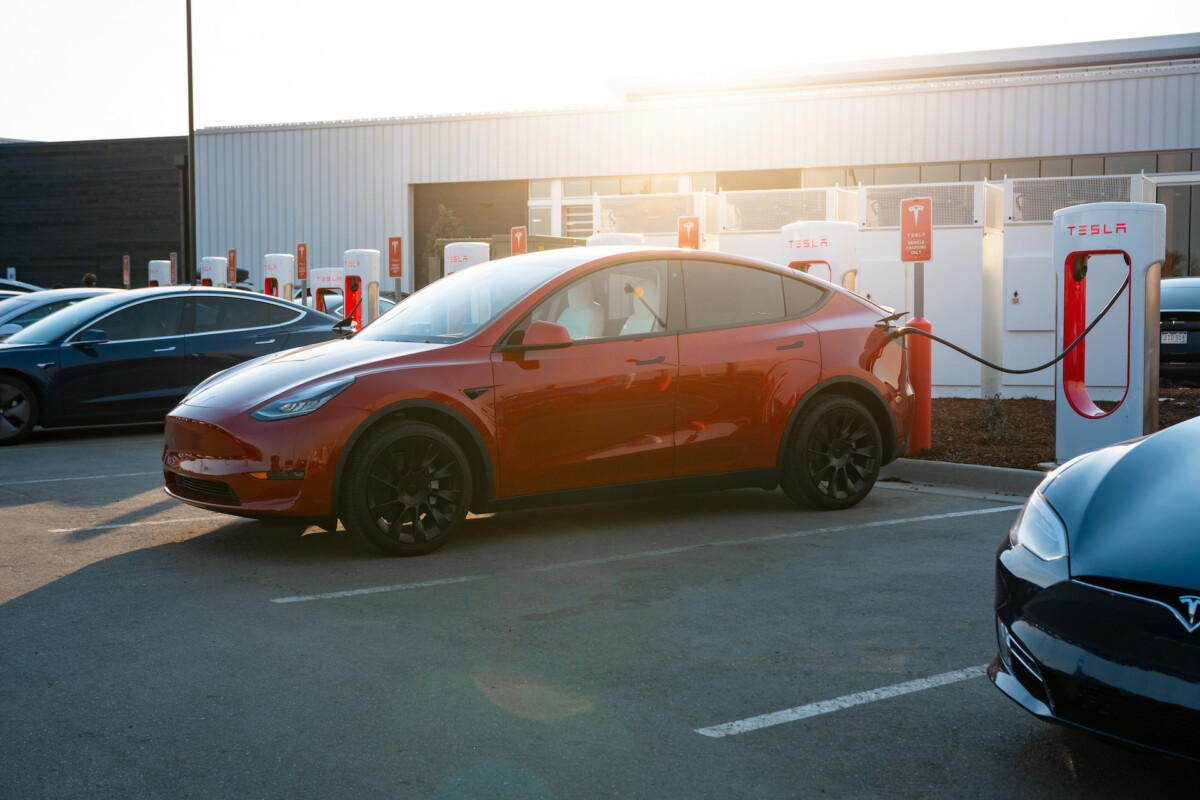 Finally, how not to mention the software part of Tesla which remains to this day a reference in the field of electric vehicles? The ease of use remains unmatched, the integration of recharging stops into long journeys is automatic, the mobile application is rather complete, and software updates are frequent to improve the user experience month after month. Many assets which unfortunately remain exclusive to Tesla, even if the competition is beginning to emphasize the software part in turn.

Who is this Tesla Model Y Propulsion made for?

When concluding and determining who the Tesla Model Y Propulsion is for, it is clear that the answer may seem obvious as its price is aggressive compared to the proposals of other manufacturers. Potential customers looking for an electric SUV with a budget under 50,000 euros can now turn to Tesla, something impossible a few weeks ago.

The vehicle offered by Elon Musk’s firm will have many advantages that the competition does not yet have (trunk volume, charging network, mobile application) at an equivalent price. Nevertheless, it is legitimate to think that the current tariff will not last, and that increases are coming soon. In this way, the Tesla Model 3 Propulsion would logically become the least expensive Tesla againwhich would respect the more classic hierarchy one would expect. 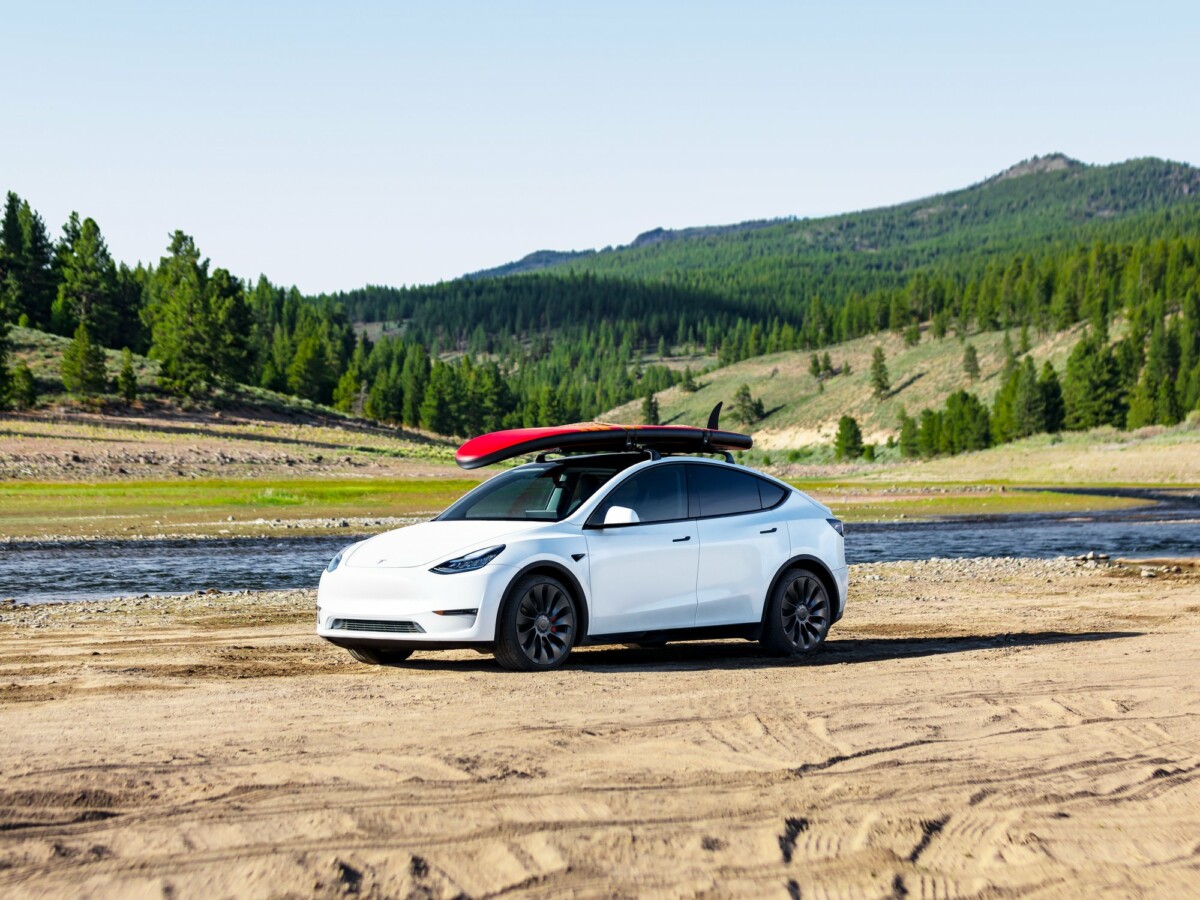 To learn more about the Tesla Model Y Propulsion: