The jury of the Comedy Wildlife Photography Awards, wildlife photography competition, unveiled this Thursday the 40 finalists for the 2022 edition. Before knowing the winning photos on December 8, discover our fifteen favorite images.

Created in 2015 by British photographers Paul Joynson-Hicks and Tom Sullam, the Comedy Wildlife Photography Awards honor the funniest animal shots each year, with the aim of promoting wildlife conservation through this light side of photography. animal.

This year, the competition is supporting the Whitley Fund for Nature (WFN), a British charity that works to preserve the environment around the world, by donating 10% of its donations. 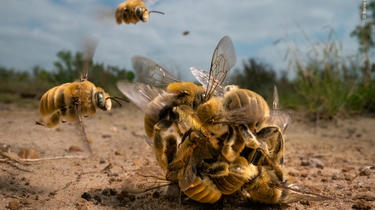 Before the 2022 winners are published by the members of the jury on December 8, Internet users have until November 27 to nominate their favorite photo by voting for the public prize on the Comedy Photography Awards website. 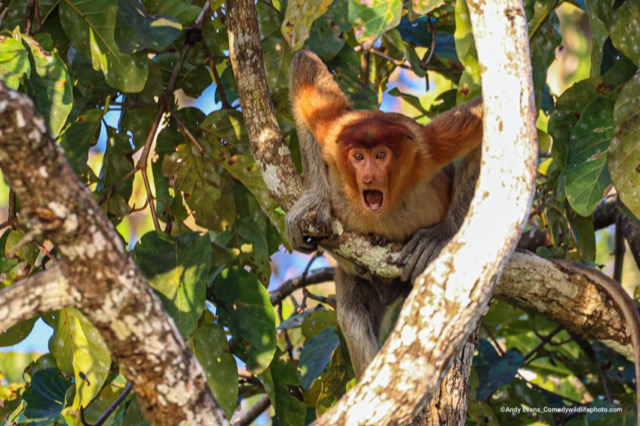 Navigating on a river located in the Malaysian part of the island of Borneo, the British Andy Evans caught on the spot this proboscis monkey struck with amazement and astonishment, discovering a human being observing it. This is explained by the fact that wildlife was able to taste real tranquility, because during the two years of border closures due to Covid-19, the arrival of tourists was impossible. 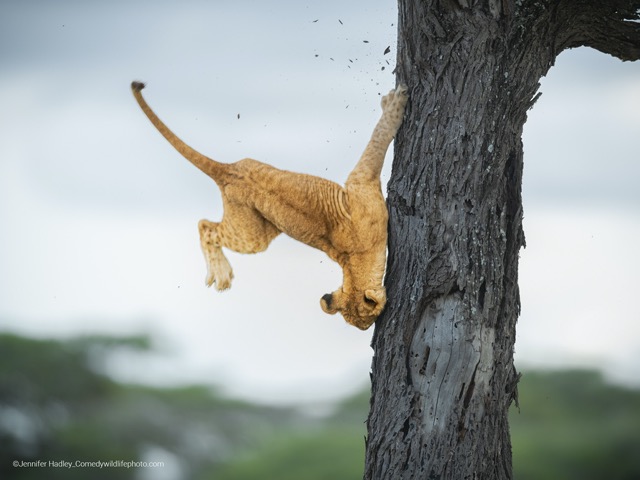 American photographer Jennifer Hadley captured this amazing and fun shot of a young lion falling from a tree in Serengeti National Park, Tanzania. Perched in the branches with his brother, a 3-month-old and still inexperienced feline fell suddenly to the ground, missing his descent. However, the animal got up smoothly and fled with its congeners. Jean-Jacques Alcalay’s image is misleading and hides an optical illusion that makes the viewer believe that this gray heron is about to be devoured alive by a hippopotamus, when the latter is just yawning close to the bird. The Frenchman photographed this unusual scene in Kruger National Park, South Africa.

it’s nice to jump instead of fly 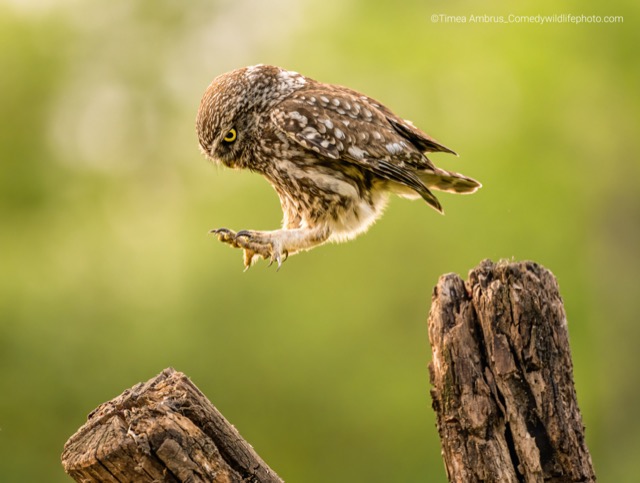 The Hungarian Timea Ambrus photographed this lesser owl, which preferred to jump instead of fly in order to change its observation post. 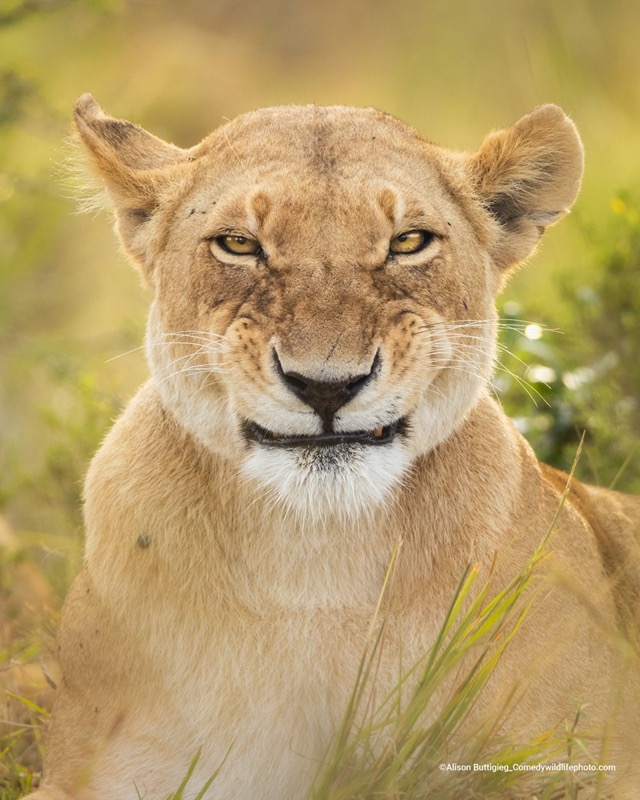 Finnish photographer Alison Buttigieg spent an entire morning getting this fake smile from her ‘model’, a lioness from Kenya’s Masai Mara National Reserve. 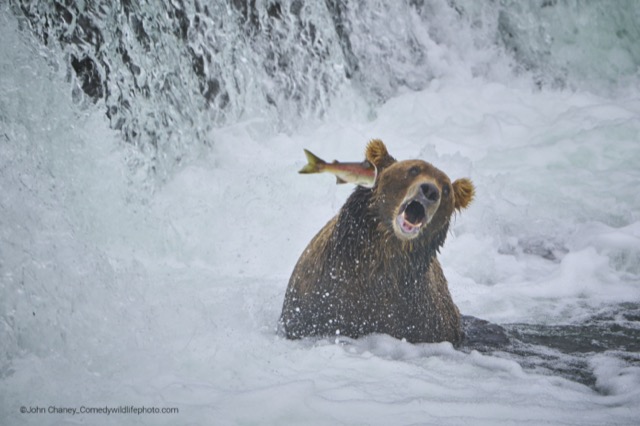 In Alaska, the American John Chaney had the chance to photograph the precise moment when a bear had just been hit on the muzzle by the prey it coveted. This photo showing the self-defense of a salmonid at the expense of a plantigrade is a rare and above all jubilant scene. 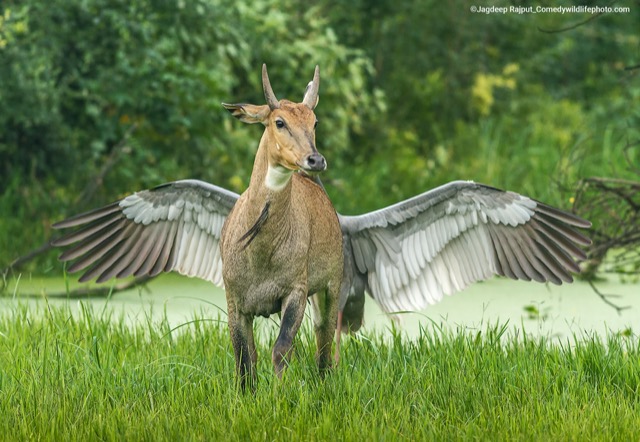 By chance, Jagdeep Rajput found Pegasus, the divine winged horse, in Keoladeo National Park, in the Indian state of Rajasthan. In fact, it is a nilgai antelope being chased by a Sarus Crane. Wanting to protect its nest, it has spread its long and wide wings to ward off the somewhat too curious mammal. Placed in the axis of the escape of this improvised “Pegasus”, the Indian photographer did not miss this dreamed opportunity to immortalize the Indian version of the famous creature of Greek mythology. 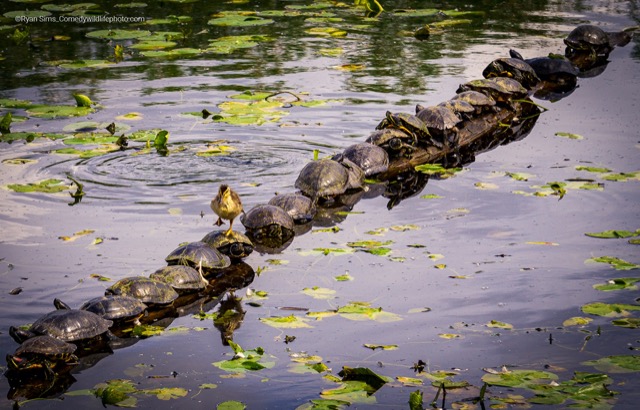 A duckling used the shells of a long line of turtles emerging from the water to cross Lake Washington in Juanita Bay State Park, Washington, on the west coast of the United States. United. The author of this incredible shot entitled “Excuse me Pardon me” is the American Ryan Smith.

“your picnic is mine!” 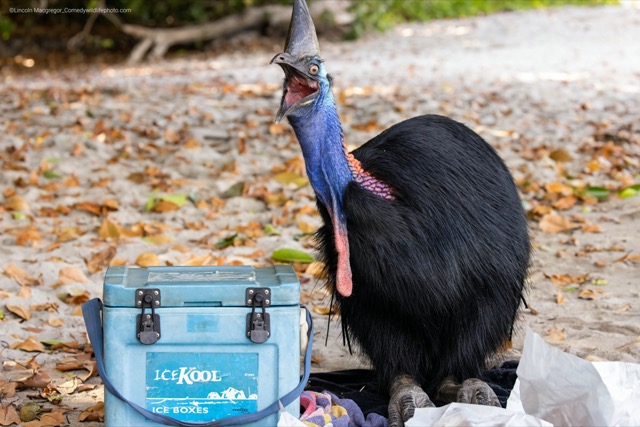 Australian Lincoln MacGregor shot a portrait of a cassowary that had invited itself to a picnic, scaring away its guests, in the coastal town of Etty Bay, Queensland, Australia. He surprised the freeloader as he swallowed a fish and chips, giving the bird a mischievous and cheeky look, proud of his larceny. Unable to fly, this large bird can however be a formidable animal thanks to its powerful legs equipped with large claws sharpened like daggers. This is why it is preferable to stay away from him, even if it means abandoning his meal. 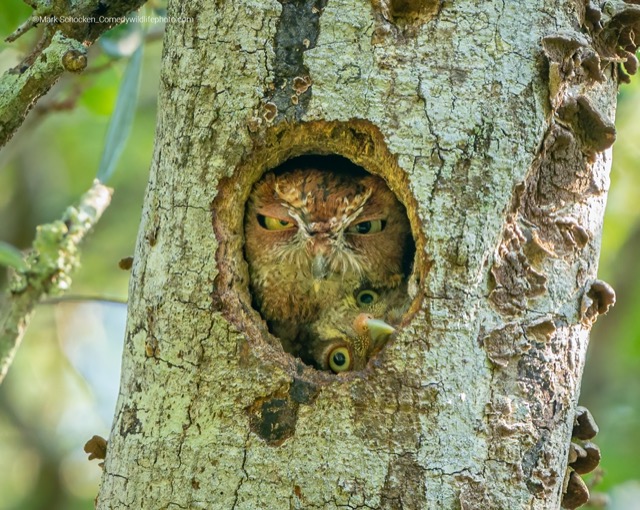 This photo of a Eastern Screech-Owl nest is by American Mark Schocken. He took it one morning in a city park in Largo, Florida, USA. Wanting to discover the outside world for the first time, a little owl tries to access the opening, which is not at all to her mother’s taste. Eyes wide open, the little one looks amazed at the spectacle outside while discontent can be read on the half-closed-eyed face of his parent. 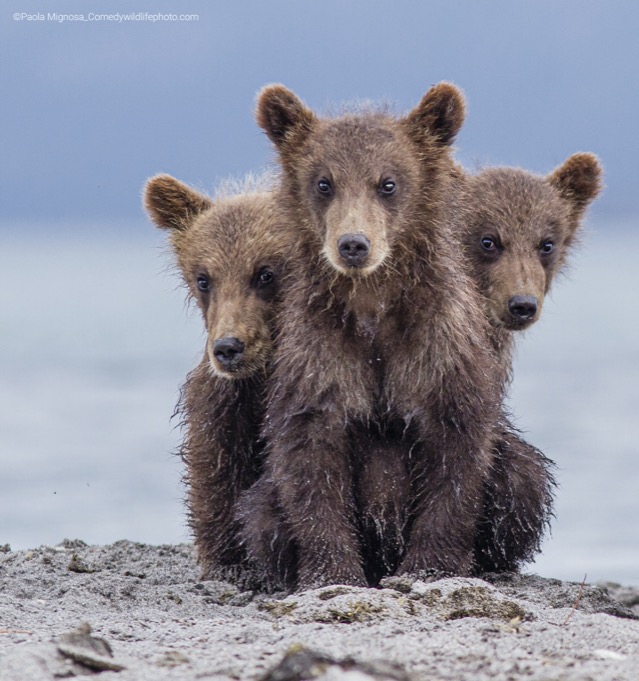 Cerberus, the three-headed dog from Greek mythology inspired the title of this beautiful photo portrait of three cubs by Italian photographer Paolo Mignosa, on a journey to Lake Kurile, located in the south of the Kamchatka Peninsula in Russia . This playful squirrel was captured by Lee Zhengxing’s camera lens in Zhuque Forest Park in north China’s Shaanxi Province. The Chinese photographer did not immediately notice the little grimace sketched at him by the mischievous rodent. 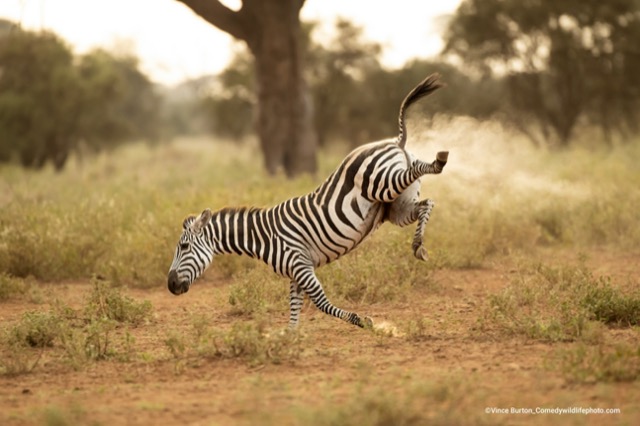 This photo of a zebra kicking or possibly losing its balance in full gallop is titled “Buck-a-roo” (in French bourricot), referring to the eponymous board game intended for children released in the years 1970, and on the box of which appeared a small donkey in the same position. It was taken by Briton Vince Burton in Amboseli Park in Kenya. 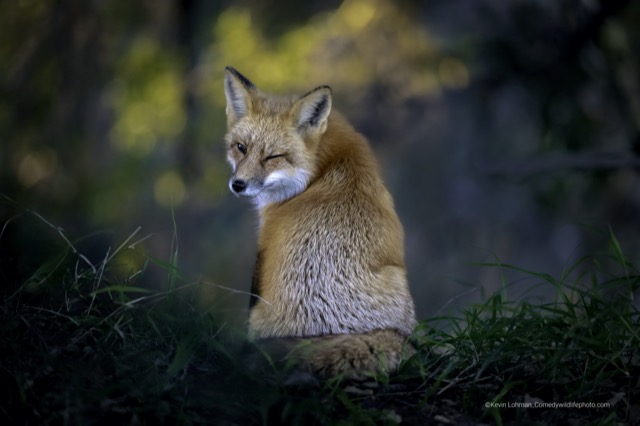 In the United States, near San José, California, a red fox walked casually to the edge of the woods then sat down and turned towards American photographer Kevin Lohman, and winks before immediately disappearing into the forest.

a ballet of marsupials 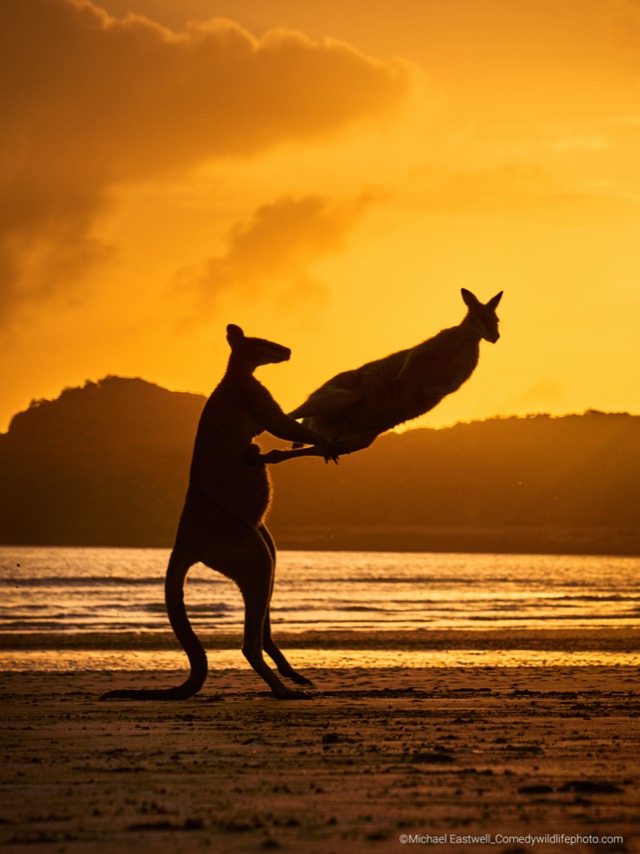 This special moment where two marsupials are playing, fighting or maybe dancing together on a beach at sunrise, was photographed by Briton Michael Eastwell, in Cape Hillsborough, Australia.