Bad luck for Tesla. The American manufacturer is obliged to recall nearly half a million vehicles, for security flaws.

475,318 Teslas were recalled for defects

In detail, 356,309 Tesla Model 3s from the years 2017-2020 were recalled for rear-view camera problems and 119,009 Tesla Model S for a problem related to the vehicles’ front hoods. Blow to Tesla already entangled in an investigation into around thirty accidents linked to a potential fault in the Autopilot. If 2021 has been a year full of recalls for Tesla, it seems that 2022 starts similarly… 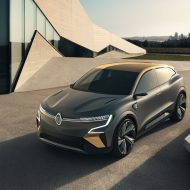 The American manufacturer has just announced the recall of nearly half a million vehicles (475,318 to be exact) to fix flaws in the camera systems and in the trunk. Regarding the Tesla Model 3, the manufacturer fears that repeated use of the trunk will wear out a coaxial cable from the reversing camera. If so, drivers may completely lose the signal, which would be slightly annoying. Tesla has therefore recalled all models manufactured between 2017 and 2020.

Regarding the Tesla Model S, several models manufactured between 2014 and 2021 have been recalled. The American manufacturer explains that a “Factory misalignment of the front trunk latch assembly may prevent a secondary latch from functioning properly”. Concretely, this defect significantly increases the chances the trunk opens while the vehicle is in motion. An embarrassing and dangerous situation there too.

According to the National Highway Traffic Safety Administration (NHTSA), “the unavailability of the rear view camera display may affect the driver’s rearward visibility and increase the risk of collision”. Tesla stock fell 1.4% early in the session on Wall Street, a few hours after these announcements. This does not prevent the title of Tesla to remain extremely well quoted on the stock market, but the reputation of the manufacturer takes a hit.

Tesla ensures that all people who carried out repairs before the official recalls will be compensated. According to the brand’s press department, “none of these defects resulted in an accident or injury”. Unfortunately for Tesla, the timing is not good. NHTSA’s ongoing Autopilot safety investigation, the recent deactivation of Passenger Play under pressure, the controversy over “the button economy”which forces the driver to look away from the road… In short, so many subjects that damaged Tesla’s reputation in 2021.