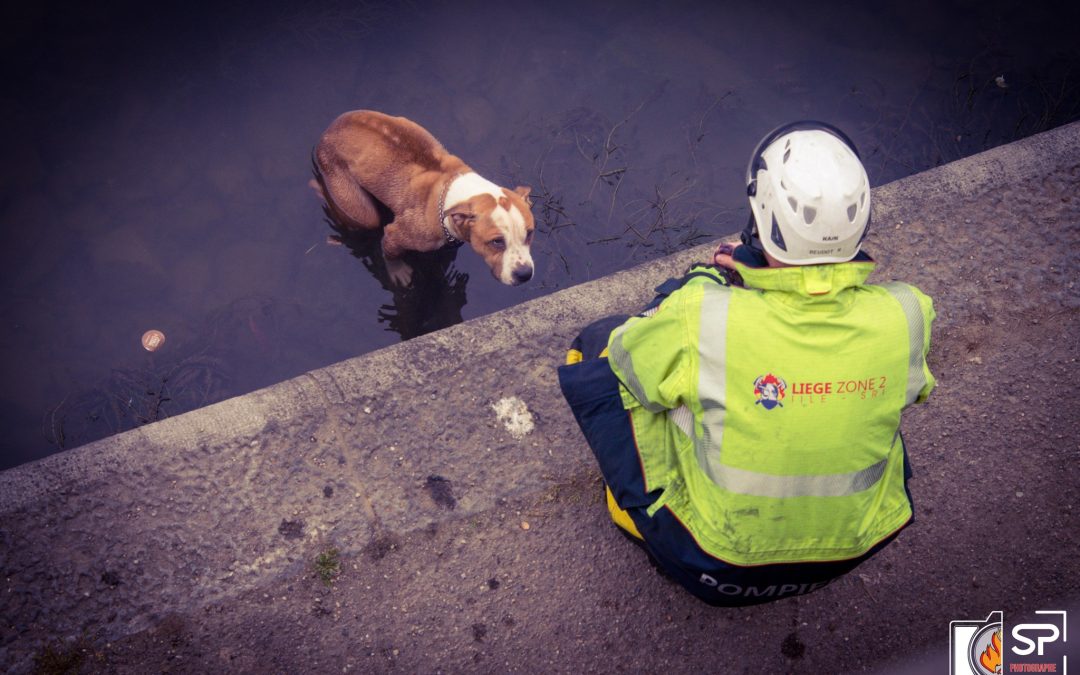 It is a touching operation which was carried out by the Liège firefighters. Yesterday morning, a dog had been seen in the Meuse at Tilleur. The divers from the intermunicipal fire department therefore intervened in stride from the wharf, with other of their colleagues to fish out the refrigerated animal with a frightened look. The American Staffordshire was taken in one of the vehicles to put him in the heat, while waiting for the police to take care of him. It was then handed over to the SRPA of Liège.
This mobilization of firefighters to save such a kind animal, which seemed to embody all human cruelty, was (virtually) applauded by a large number of people. 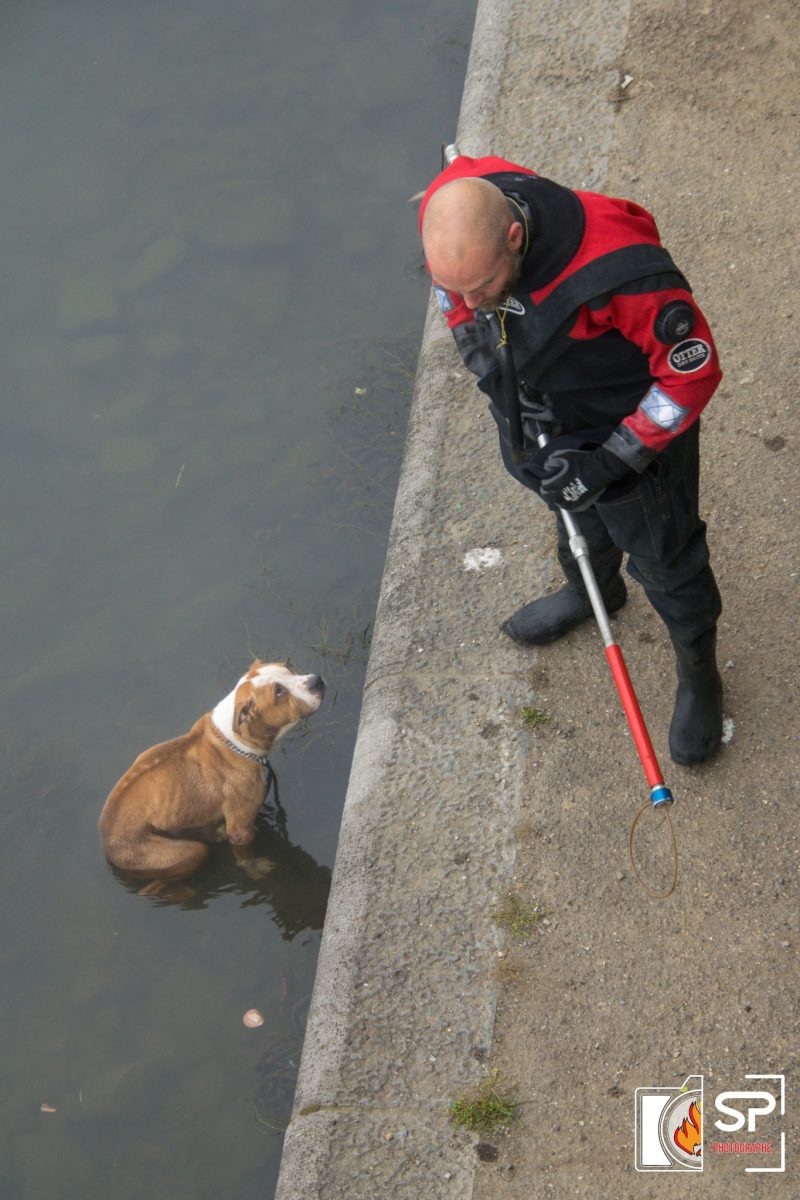 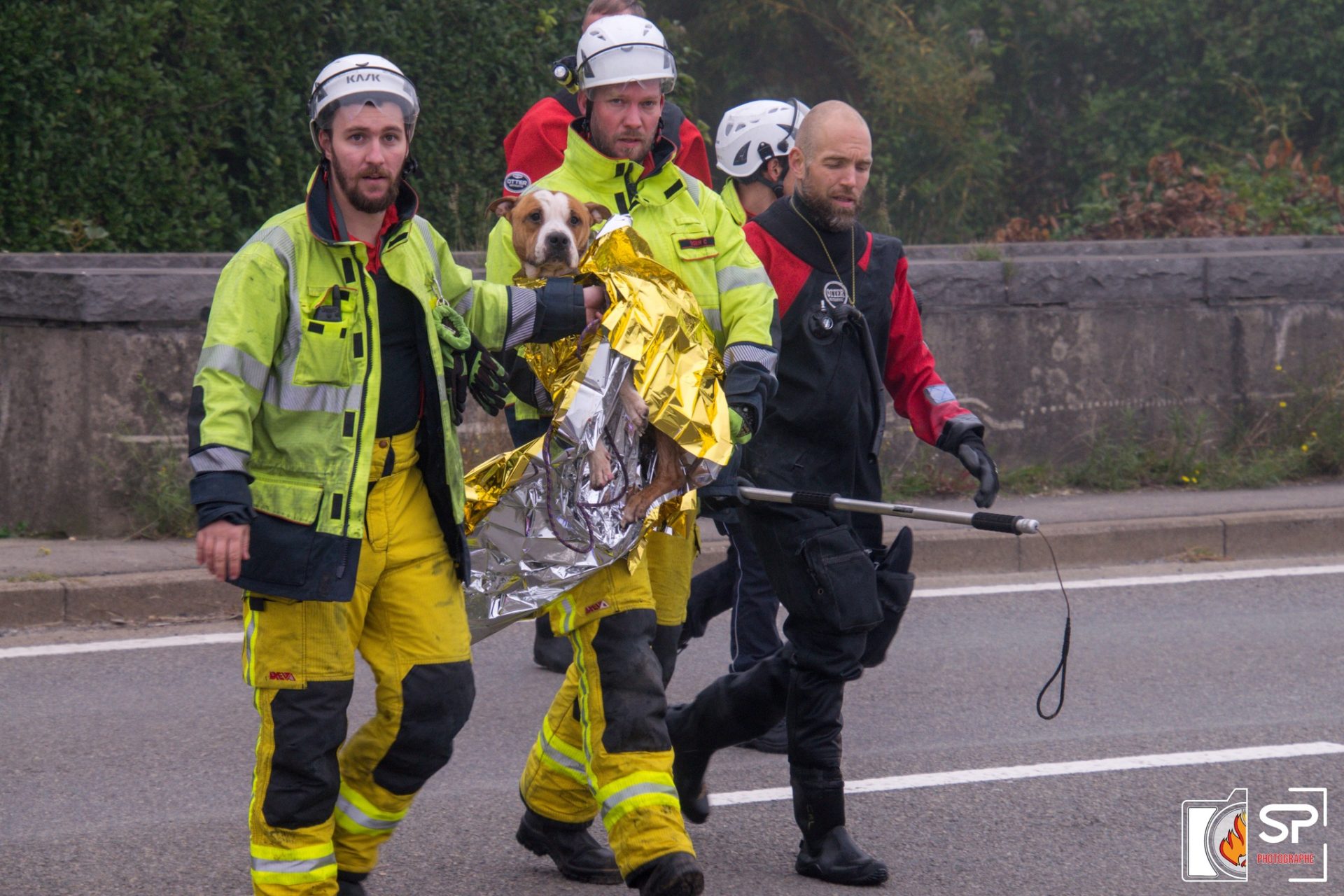 Previous: Are we going to pardon the oldest mansion in Chaudfontaine who survived the floods?