This is an article that Twitter employees must have retweeted or DMed each other a lot. the washington post revealed on October 20, on the basis of legal documents and testimonies, that Elon Musk, still involved in the takeover of the social network, announced to his investors that he intended to part with 75% of the staff. Since then, company executives have tried to reassure legitimately worried employees.

The relationship between Musk and his future employees is already conflicted

Elon Musk did not really seek to make friends at Twitter, as soon as he announced his rise in capital in April of this year. To reassure or at least prepare the employees, suspicious, even hostile to the untimely speeches of the billionaire, he spoke to them in June. He was already saying at the time that he didn’t see the problem of letting go of underperforming employees. 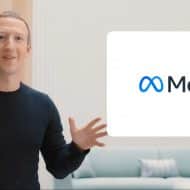 The Washington Post revelations go much further. Musk would aspire to go from 7,500 employees to 2,000. To achieve this, the lowest performing employees would be landed first, then the others will follow.

It’s common in Silicon Valley to hear that Twitter has too many staff relative to its revenue, which it struggles to grow. Its payroll represents approximately 1.5 billion dollars, divided between advertising salespeople, engineers, external contributors in charge of moderation…

The social network already having a relatively fragile balance suffers from the unpredictability of Elon Musk, the takeover canceled, then relaunched. The stock market collapsed, little helped by a difficult economic context and the speeches of the billionaire. On October 19, during Tesla’s earnings presentation, he reiterated that he and other investors are paying Twitter too much, $44 billion, for what it is.

Still vague about his plans for the future of the network with 237.8 million monetizable daily active users, Elon Musk had proclaimed from the start that he wanted to triple the number of daily users and double the network’s revenues in 3 years.

The current management is also fully aware of the problem. Recruitment has been frozen since the beginning of the year and the company’s real estate portfolio has been reduced. A performance appraisal system was put in place to rank employees according to their performance, much to the chagrin of the latter. A plan to reduce payroll to $800 million by the end of 2023 has already been in the works for several months, takeover or not.

The same evening the article was published, Sean Edgett, Twitter’s legal director, sent a note to all employees to reassure them. Bloombergwho procured a copy, reports that it is written, ” We do not have any confirmation of the buyer’s plans after the deal closes and recommend not to follow rumors or leaked documents, but rather wait for the facts from us and the buyer. buyer directly “.

Twitter and Elon Musk have until October 28 to complete the takeover. On internal discussions, on Slack, many staff members hope to hold out until November 1, the day when they will receive the bonuses in the form of share distributions. At the same time, anger is simmering towards the executives who will benefit from a golden parachute when they leave. Parag Agrawal, the current CEO of Twitter is expected to receive nearly $60 million.