A hacker has found a surprising code in the internal software of the Tesla Model Y, suggesting that the manufacturer has modified its vehicles to better pass crash tests. 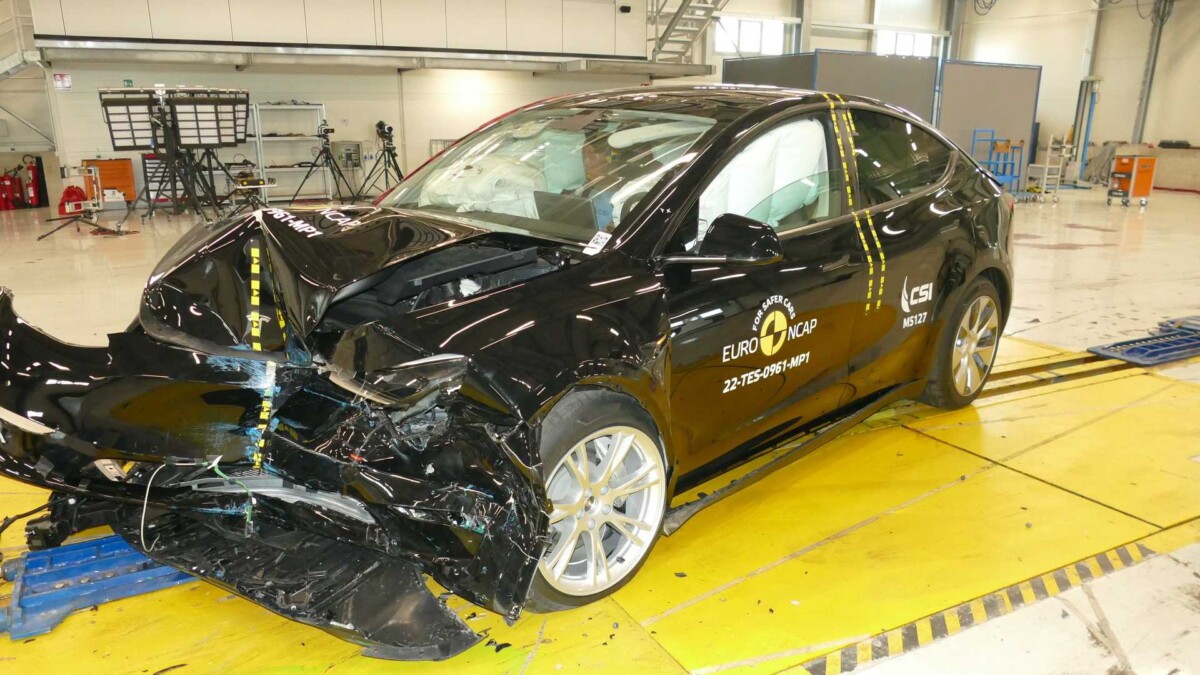 In 2015, Volkswagen was pinned for having modified the anti-pollution software of cars passing approvals, in order to be able to market them with emission values ​​that are well below reality. A case, known as Dieselgate, which had a strong impact, and which has still not been forgotten, while several million vehicles were concerned. But seven years later, another case is also likely to be talked about a lot. Not because of tampered with emissions, but a safety issue this time around.

A few days ago, the independent body EuroNCAP responsible for carrying out crash tests on the latest models released revealed the results for the Tesla Model Y. Unsurprisingly, it was then a hit, obtaining the maximum score of five stars as well than the highest overall rating among all vehicles tested under the new, much more severe protocol. With its 92%, electric SUV thus becomes the safest model on the market, ahead of the Lexus NX and the Subaru Outback which obtained a score of 89%.

Tesla just added ANCAP support in their code. This is in addition to already existing “I VISTA” (Chinese testing grounds), EuroNCAP and Korea NCAP

One wonders why do it (they also give testing houses one-off builds with the testing house in the name (with tweaked settings?) )

But does this excellent result really reflect reality? If the question may seem surprising, it is nevertheless legitimate to ask it after the discovery of the hacker Green, particularly known for his work around the brand of Elon Musk.

On Twitter, he explains that he found a mysterious code in the Model Y software, mentioning the name of ANCAP, the Australian crash-testing agency. Even more surprisingly, the EuroNCAP, NCAP (Korea) and I VISTA (China) agencies were already mentioned in the code. What leave the hacker questioning.

Green does not know the reason for this code, but it would be related to active safety features (such as emergency braking). According to the hacker, this modification of the code could then allow vehicles used during crash tests to better comply with test criteria, for the “Safety assistance” part. But the man is not certain, since he does not find the functions modified by the activation of this mode.

This does not necessarily mean that Tesla is cheating. The manufacturer could thus put his car in “crash-test” mode in order to avoid situations in which the car would react strangely, because of the absence of a driver, or because it is in neutral, and not in forward or reverse.

But nevertheless, the various agencies take these allegations seriously. The Australian agency has indeed announced to the site Drive that ” we are aware of the claims made on Twitter and are reviewing them“. For its part, Tesla has not spoken on these accusations and has not yet provided any explanation. We will obviously be sure to update this article if things change.