The Cyberquad, a small electric quad with a design derived from the Cybertruck, is in serious trouble…

Is Tesla’s coolest vehicle already dead? Presented on the sidelines of the huge Cybertruck, mainly to highlight the charging capabilities of the electric pickup, Tesla’s children’s quad had been produced by the brand in a few thousand copies and to everyone’s surprise. Designed for children ages eight and up and sold for $1,900, the stock sold out in just minutes. That’s the flip side of the story. The front side is much less glorious for the Californian manufacturer: a few months after its launch, the Cyberquad was recalled by the CPSC (Consumer Product Safety Commission), the federal agency in charge of the compatibility of products placed on the market with national safety standards.

The American agency maintains a fairly complete list of reproaches against the Cyberquad. The first is to have been placed on the national market without the approval of the CPSC. But the body also reveals manufacturing and safety issues. These would be at the level of the damping system and the tires. The agency also accuses Tesla of having overlooked the necessary safety information before driving, but also of having hidden information concerning the safety of the machine from it.
The conclusion of the CPSC report is final for the Cybertruck: it is considered dangerous. Consequently, the agency recommends not to use it anymore and especially to request a refund from Tesla or its distributor in the United States, Radio Flyer. 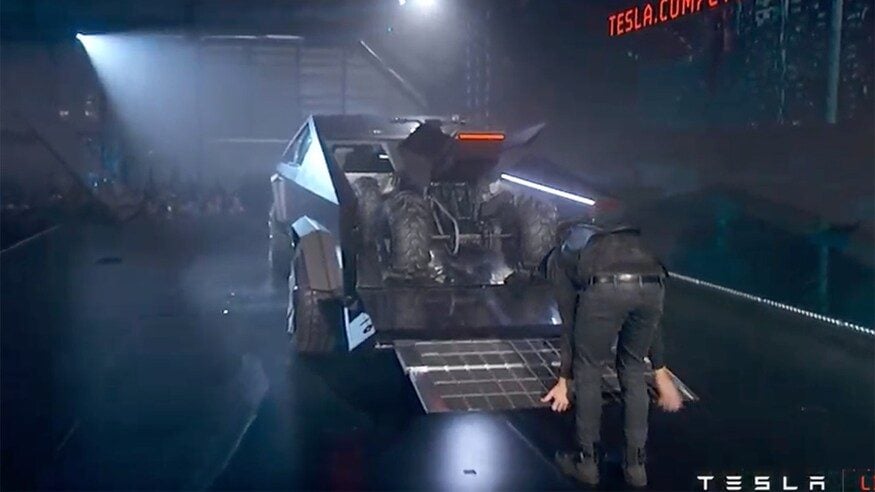 ” Consumers should stop using the recalled Cyberquad and contact Radio Flyer for a full refund. Consumers can request a full refund once they remove the controller from the motor and return the controller by prepaid envelope to Radio Flyer. Removing the controller will render the Cyberquad inoperative “, specifies the CPSC. The agency adds that the distributor of the product for Tesla, Radio Flyer, received an accident report from a Cyberquad user. The 36-year-old reportedly suffered a broken shoulder while driving the Cybertruck with her eight-year-old child. The behavior of the vehicle does not seem to be incriminated in the accident, especially since it is not designed to accommodate two people simultaneously. Nevertheless, this report allowed the agency to trace the manufacturer of the Cyberquad, a Chinese company, Feishen Vehicle Industry.

Starting from a joke during the Cybertruck announcement conference, the Cyberquad story could well be over already. Indeed, such a report sounds the death knell of the product as it is currently designed. Moreover, the page of the Tesla site dedicated to the product refers to a 404 error since the CPSC made its verdict public.